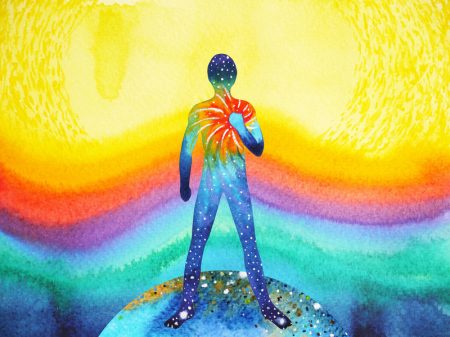 Why people fail? That’s the fundamental question you ask and you need the answer for that. Well, there are lot of ways to look at it. First of all, in an ordinary scope of life, I am making a very sweeping statement. There is no such thing as a failure, it is just an experience of lack of experience. People who feel that they have failed or they have failed others in life are those, “who pretend to be coward” and to be coward is a given facet of life. When you want to do something and you don’t want to do or you are lazy to do, not to do that, it’s a faculty of life, it’s not something you should be mad at.

In simple realization, you have to bear one thing in mind. There is no such thing as failure. When you could not cope up with the comparative environments with a comparative understanding, “comparative environments and comparative understanding”.   When you could not cope up, something has gone somewhere.  That does not mean that you have failed, or the environments have failed you. But what happens is, we have a limited situation going, that is our ego, the Id.  And with that we sometime get involved and start thinking that we are a failure. It’s our thinking. It has not happened. And one thinking after another thinking after another thinking, we build up a kind of a web and we get caught into it.

At the time of Guru Nanak, the emperor of India was Sikandar Lodi. Now people remember Guru Nanak even today and to feel who was ruling at that time India I have to look into the book. So, I am giving a comparative study.  Guru Nanak was a spiritual victory. He was a spiritual emperor.  Whereas the real emperor, the earth emperor or the domain emperor, nobody remembers. Spiritual emperor is still remembered, celebrated and known all around the world. So your spiritual domain is going to exist, whether you like it or not and as much extensively spiritual domain you have, that much is your capacity.

In school of psychiatry there are two, inductive method and deductive method. They tell you, they listen to you and they tell you, they, they interfere with your flow of personality and give you the positive flow towards the spirit. That is, they indicate, inductively, that you should look to the spirit.  Or they deduce the essence from you and feel that you have to relate and you have to fulfill.  Also in the spiritual world is the same thing.

There are certain people, they say, “if a thought has come and it has become a desire, there is no need of fighting a desire.  You must fulfill it.”  And such a teacher, once was telling the students, “if you have real, honest desire you must fulfill it.”  One student, he said, “Sir, I have a very good real desire to kill you.  Now what should I do about it?” Teacher was nonplussed.  He didn’t have an answer. Because desire, if it’s right or if it’s wrong; if it is fulfilled or is not fulfilled, is not end in itself.  Because one desire will be substituted by another desire.  If not today, tomorrow; if not tomorrow, day after.

If one failure is not going to be substituted by other failure, tomorrow or day after it maybe. One success, if not substituted by another success day after, thereafter, it’s going to be. So there is going to be a continuous cycle of desires, of which will bring you the failures and success.  So that is a phenomena.  It’s not the flow. Flow is constant and it is continuous. Therefore, just give in to one day success and burst out and just give in to one day failure and totally wipe out, it’s not human. Then question is, we are human being, why we do it. We lack training. That is why they say,

‘Without Guru there is total darkness. You don’t get even the essence of knowledge, what the knowledge is.’

Because it is our nature.  It is our precise nature.  We want to learn.  And the best way we can learn is from the learned, and work it out ourself, so that we can end up with an experience and not with the talk of it. Sometime we do take actions which are, we think they are very right. Sometime we take action, we think they are right and our intention is all right. But the result doesn’t come out to be all right. Because your action can be planned all right, your intention can be all right, but the circumstances may not be all right. The other object to which this action relates to may not be right.

Therefore, there is a vast study of science of polarity.  Science of polarity says, don’t let your life be polarized. Complete the circuit. Every fault has a chance to amend it.  Every amendment has a chance to make it a fault. Therefore, it is not very desirable on our part to be defeated by the defeat; and to be overjoyed or confirmed in our joy when we are successful.  Because actually, life is a vibration of successes and defeats.

One who doesn’t know how to handle a defeat, also does not know how to handle a success. But there is a problem.  People cannot handle a success.  They can handle a defeat easier. Why? Because when there is a defeat, to fight a defeat, you need to be tense and concentrate so you can do.  But when you are successful, you are supposed to relax and enjoy.  And normally in our tendency, we do not know how to relax.  Therefore, you’ll find some people, their heart fails faster when they get a good news, than when they get a worst news. Lot of people have died of good news, than of bad news. Why? Because one thing follows the other, and if doesn’t, it is a mess. In our creative consciousness, we have a certain caliber. We pretend to be confused. What is a confusion? Let us define that. You are subject to confused state of mind, when you know what to do and you do not know how to do it. Or you know how to do something, but you do not know to what extent you can do it. When you do not know the self-channelization to conduct yourself polarity, you are in a state of confused mind. Now subject when you are confused is, that you are looking at things with a very limited manner.

I remember, in India, there was a person studying with us and he said, “I am going to be doctor.” I was in the science faculty of the engineering, non-medical and he joined the medical. We were both good friends. We had a common class in chemistry, in physics and organic chemistry, but when it comes to mathematics, he will run away to the biology. That was the only difference between our subjects.  And one day he asked me a question, he said, “Do you know why I want to be a doctor?”

I said, “Because you are basically a healer.”

And he say, “Well, why you want to go to this non-medical profession, engineer?”

I say, “Because I have to teach engineers the truth, which they think is a mystery and I want to know it as a reality. I want to see the inorganic value of the organic matter and I think I am doing all right.”

He say, “I think I am doing all right also.”

So within my life, I have seen him a doctor. He passed his MBBS, bachelor of medicine and surgery. He became that. Then he became a doctor of medicine. But you know mostly what medicine he gives? In British pharmacopoeia, there is a medicine called Number-28.  It is a digestive mixture. It is sweet.  It is pink in color.  It has lot of soda-bicarb, as you have pop soda.  That’s how it tastes. That is the main medicine he uses. He diagnoses perfect, he discusses everything fine and then he always comes with a pink. They call him a pink doctor, because people do not understand why this man prescribes only one medicine.  With a variety of pill here or pill there, which everybody knows ,they are painkillers, that is the only… but result that everybody gets healed.  It’s so marvelous and so wonderful, that nobody even now questions him. Now faculty of a personal mind is unlimited. I am not saying everybody should start practicing that way.  But I am saying human marvelousness is not limited.

I have seen a blind man.  Totally blind.  Believe me.  He can walk exactly as we walk and he can feel who is who and he can talk to (too).  And moreover, there is another problem.  If you are blind, he will touch you and heal and you’ll start getting eyesight. In one case with my own eyes, he came and touched the person and he said, “God doesn’t want you to have eyes, but I’ll give you them for six months. So you can have fun.” Exactly after six months, I verified that case, man lost his eyesight.  But for six months, he could read, see, everything like a normal person.

How you’ll answer these phenomenas? These phenomenas are, when the mental body, neutral, completes the circuit of the plus mind body and the negative body, and the radiant body which is the last body totally merges with the mental body, the flow of the spirit becomes unique and becomes so powerful that it can correct the system on which it influences. Do you understand that? And that radiant body, which we are talking about, is a part of you. It’s a part of you, but to administer that through the mental body, that is what we learn through the meditation.

Meditation actually is nothing, but it’s a mental faculty, in which we cohesively revive our all bodies into a balance. People do not understand meditation, ‘I meditate for a good mind, I meditate for this, I…’ You meditate for nothing. You don’t know meditation and you buy mantra for two hundred and fifty bucks.  That also doesn’t mean a thing. Meditation is a cohesiveness combination of balancing all the ten bodies into oneness of the human being. And that is what the fact is.  And that is a total living.  That is why Guru Gobind Singh said, whosoever will live in the Rehit,

‘Whoseover… I love the Rehit, not the Sikh.’

Living experience of you is that is what you really intend to go for. I don’t care you are rich or poor, but all I know if I want someone to give me ten dollars, one can give it.  If you can’t give it for me, you are the poor. You are poorer than ten dollars. It is in deliverance, lies the essence. And if you can deliver your totalsomeness of life, in your caliber, then you have a balance. Defeat and success does not make and mar you. If it’s true that you don’t want defeat, how many of you think you don’t want defeat? Raise your hands. Lot of you. Why you make the sand castles? Answer my that faculty. Don’t you enjoy to make castles out of the sand? Everybody knows the castle of the sand is not real.  Everybody knows it’s going to fall apart. Why you make them? Because in your faculty of personality to have an imaginative fantasy, is also very real.