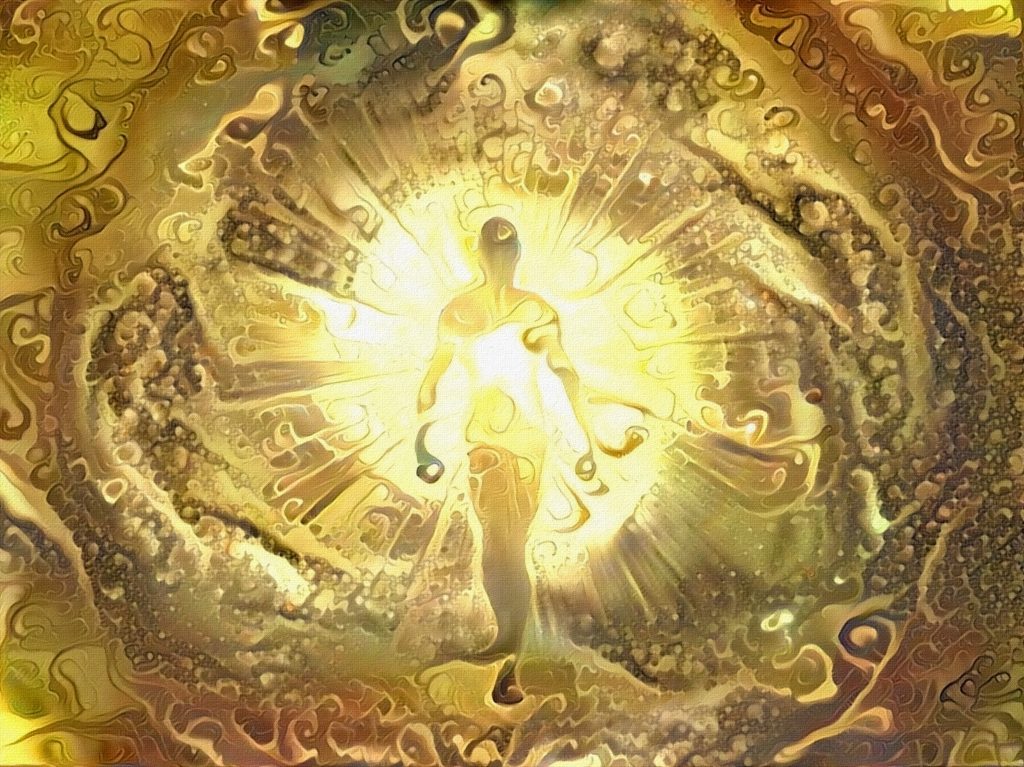 This is an excerpt from a Gurdwara Lecture on July 26, 1998 in Espanola, NM, USA by Siri Singh Sahib Ji.  You may also click on the link below to listen to the full lecture (27 minutes long)

It is a auspicious thing in which in comparative study of all religions, Sikh Dharma took a angular side of a diagonal approach to the essence of the soul and understanding of the human. It separated dharam and karam, absolutely, and it did it in such a simple authentic way that even the most illiterate can understand it, so it doesn’t require somebody to be Ph.D. and be a scholar of everything to understand this little thing.

The complication of this thing, karam and dharam, was created by the Brahmin.  He created in a essence a karam and engulfed it with dharam. So actually, it was a personal majority essence of spiritual projection through which many, many million people became the slave of that religion.  It was that slavery which gave us dissatisfaction, ambiguity and non-truthful practice of the religion. That’s why religion could not create God-like people.  It could only create human controlled for the sake of state like in America we have a list, so if we have to give somebody consumer list, we can get some money out of it. So a religious priest in the old times became like that and he will deliver the dharma in the name of the karma of the state and put it together for his benefits. A priest has been always corrupt, is corrupt and shall continue to be corrupt, because he lives off those who he has to straighten out. Now how you can straighten out somebody of which you live off?  The real master is that who provides.

Hey Bhaganthar Nath…, one of the most beautiful worshiping powers, more than that of the angels and human. I think your mother was ill born, and further Guru goes and says.

Where you want to go and preach them and correct them and install them, you go at their homes and ask for, beg for food? These are cross references of life, it is not something… a man who has to rule, has to obey the rule.  That’s the law and that’s what Guru brought karam, kar, kar hmm, kar…hands in it. Hm… Karam is the hands of ommey, ego, not of id. Dharam, dhar hmm… Basic faculty is known as dhar…means somebody who can be depended on… this is the faculty of the hands which are into the person’s own self and it has no territorial or geographical existence… it is a, what you call it, a reverence and essence and fragrance.

….So, what Guru did was the great idea.  He gave an ordinary man a excellent path.  We call it Sikh Dharma. Not Sikh karma; not rituals; but reality, with reverence. Because reverence, reverence only comes to your mind then you want two things; either you want to be blessed, or you are blessed. Reverence doesn’t belong to anybody else.

Everything is accountancy. You owe me thirty dollars, I owe you twenty-five dollars; you can benefit me; I can benefit you;  you should buy cheap, sell high; you call it a profit.

But those prophets who come on this Earth, they did not do that kind of deals. They stood strong with their own self and with their inner self, and with their total self and there was profits for that one who created them. Creature cannot find the Creator, so long he is messed up in this zig-zag of the creation. That is why, Guru gave us fourteen hundred and thirty pages of a living Guru, shabad, suksham, subtle. There is no personality involved. There is no personality to be worshiped, there is nothing, absolutely.  And entire wisdom is analytically organized in such a permutation and combination when you have reverence to it, you have reference to it; and when this reference come to you handy, doesn’t matter in which fault you are; how much default is there, how much pit in the mud you are, you will be out.

Cosmonologically if the micro, micro cell and the atomic cell in the micro cell and the molecule cell in the micro cell, into managed to be in the management of where it is microlly stuck. Then the macro comes to his help and take it aloud, loud, changes the entire structure between Earth and heavens. I am not telling you something, which I have not experienced.  I know it.  It happened and that is what it is. You may not have confidence. Sehasa, sehasa means duality.  Sehasa.  The duality doesn’t go, personality doesn’t shine, ability doesn’t show, if there is a duality. Where there is a duality, there will never be a reality.  Where there is a reality, there will never be duality. That’s why we are called Sikhs. Students of that reality, that understanding; and Guru is our guide. Guru is guide.

I have not seen Guru Nanak; never I shook hands with him; neither I fought in the forces of Guru Gobind Singh. But I am a Sikh and I know my Guru. As alive as they could be then and now, because they leave for me a guiding wisdom and Guru Gobind Singh just when said, Khalsa mera roop hey kaas, that ended the psychological, sociological, and personal environments into oneness. You are me for tomorrow and tomorrow should not have any sorrow.

Sikh who remains as a Sikh should never be a Sikh. He has to learn to become a Guru and we practically became so strong and so dedicated, gracious, marvelous that Guru Gobind Rai who gave us the Amrit, we baptized him.  So the merger was complete. And Guru Gobind Singh, not for any pressure or reasons, gave the Guruship to Siri Guru Granth and as his Guru, Guru Nanak’s Guru, was Shabad Guru and exactly in the end we have given to be with the Shabad Guru.

In the centuries to come nine hundred sixty million we shall be.  Our woman and man will not fight for equal rights.  They shall be equally excellent. Our Bana, Bani, our Seva, Simran will exalt us through every odd.  We will be virtuous and actually to be very frank sharing with you we are very virtuous and where there is no virtue there is no victory. The pain is a complaint, no compliment, everything is pale, there is no brightness. You eat, you can’t digest; you sleep, you can’t sleep; you walk, you cannot walk. Life is not meant for crawling.  And either you are physically crawling, or you are mentally crawling, or spiritually you are dumb dead. And then to cover your weakness, you are very nakedly poor, in humanity. All humans are nakedly poor. What they put clothe on? With their degrees and with their achievements and with their photos and with their, and have you seen any man having a picture with God, publishing it? Have you seen any camera can take it? We have forgotten that our uni-essence in our micro consciousness needs a macro visibility; God within us….

…….Bad and good, we belong to you O lord, and we are not in a position to deviate from that. Remember, spirit excels and spirit excels of those who have the power or understanding to serve their Guru. May Ang Sung Wahe Guru be with you and may you understand the theory and the philosophy and the depth of the word, sound Sat Nam and may Wahe Guru give you the ecstasy in which you may live forever and be remembered, savior of this planet in the next millennium. You are in numbers small, but you are in character big. Just remember one drop of heavy water can create an atom and seven seas water can’t. So remember your decorative capacity and your absolute reality and just remember, we shall never bow to man, because we shall always bow to Siri Guru Granth. Men are our friend, men are not going to be our master, because we don’t believe in slavery. That essence of sophisticated essence in our practical life of living and our working and our unique way to understand the subtleness of the Shabad Guru is our freedom forever. We are still sovereign, spiritual, Khalsa nation wherever we are and let us lie low and keep calm. We do not want these mosquitoes to come and give us fever, we want them to live their life and understand it, pay their karma as that is. But on the other hand whom God had blessed to walk on this path, be brave, be alert and see you are born to serve the Guru and not the Maya. Maya has equal chaya.  It will totally put you in a darkened self of yourself and nobody can escape those natural law of physics.  Therefore, it is my personal experience, God has not gone on a holiday. He shall come through for you. It is His domain, He created you; It is His dominance, He understands you and it is His duty to see that you are provided for.  But dwell in Him, trust Him and see the world is yours.

May Wahe Guru on this day give you all the peace of mind and heart and may it give you all the prosperity and the personality that your radiant activity may attract the word to the Guru and may Guru always be with you.