The Fourth Pauree blesses those trapped in feelings of poverty and lack of means. It blasts through the trap of these feelings like a thunderbolt from the blue. 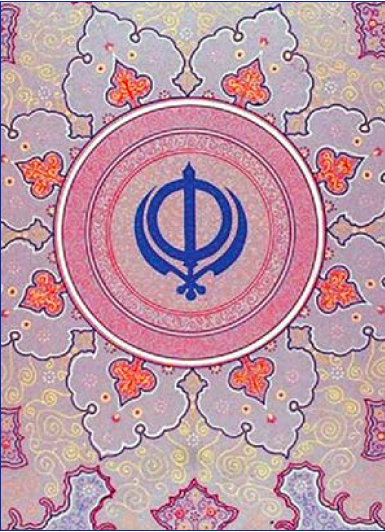 In the 4th pauree Guru Nanak lovingly declares that the One is True and that the Name of the One is True. He advises us to meditate on that True Name with devotion and deep love. People are always praying for this and asking God for that; and the One continues to give and give. The world itself is a continuous expression of giving from the Creator. But Guru Nanak is not attached to the gifts and wants something deeper, something subtler than that. He longs to experience the One and be in that Divine Presence. He asks the question, “What offering can we give to gain entry into the Court of the One? What words can we speak to win this ultimate Love?”

Guru Nanak answers this question and gives us the key to knowing God. Rise in the Amrit Vela, the early morning before the sunrise, and meditate on the True Name of the One. The early morning is a blessed time to contemplate, before the pull of the sun entangles your mind in the activities of the day.

“ . . . [F]eeling good is not available in any shop. It is not in any yoga center, it is not in any Gurdwara, it is not in any temple. No swami, yogi, priest, padre, or rabbi can give you feeling good. It’s not for sale. Guru Nanak said it so clearly, gave an affidavit, signed it, and put his name to it. . . . He said it very simply, Amrit Vayla Sach Naao Vaddiaa- ee Veechaar. In the ambrosial hours… now people say, “Why the ambrosial hours?” [Because that is when the rays of the] sun is at sixty degrees … hitting the Earth. Sixty degrees in the evening, the rays of the sun hit again and life is by the sun rays. Mind and the neurons in the brain in the electromagnetic field of the psyche in the pattern of the totality of its own imbursement of its energy. It has its own total life. That law God cannot change. There is nothing religion can do. There is nothing a holy man can do except he can fall himself in the hole. The pattern of the neuron in the psyche of its own involvement and in its own indulgement has to be revived every time and the best is when you can do it all right. You can do it the best. That’s why that ambrosial hour is when you take a bath, you sit down, and you start a war so that you can have peace inside.”

Secondly, Guru Nanak states that: With good past karma, deeds committed in the past that are subject to cause and effect, this robe of honor is obtained. By Divine Grace the Mokh Duaar, the Gate of Liberation is found. He is telling us that by the grace of our past actions we have earned good karma and that has brought us to a human incarnation.

With this human life we are given the opportunity and the consciousness to seek merger in the Divine. Rising early in the ambrosial hours, doing our sadhana and meditating on the True Name, brings us Divine Grace and the chance to know the One.

“Karmee aavai kaprra nadree mokh du-aar. On your actions there will be a cover. Like the sun is there but we have a shelter. It is there but it’s not hurting us. You will see the path of redemption, salvation, things will come to you. Things will speak to you.”

Finally, Guru Nanak tells us, “O Nanak, know this well – Everything is in the True One!” There is nothing that exists outside of the One, so all that happens is within that Oneness and done by the One. It is all in the Hukam, the order of life itself.

Enjoy these musical recitations available to stream on the SikhNet Gurbani Media Center:

Bhai Simran Singh (USA) – Includes Explanation of the Meaning of the 4th Pauree:

Enjoy this beautiful recitation of the 4th Pauree, courtesy of Meditative Mind:

speak it with infinite love.

So what offering can we place before the One

by which we might see the glory of the Divine Court?

What words can we speak to evoke Divine Love?

In the Amrit Vaylaa, the ambrosial hours before dawn,

By the karma of past actions,

the robe of this physical body is obtained,

by Divine Grace, the Gate of Liberation is found.

all the creation is within the True One.