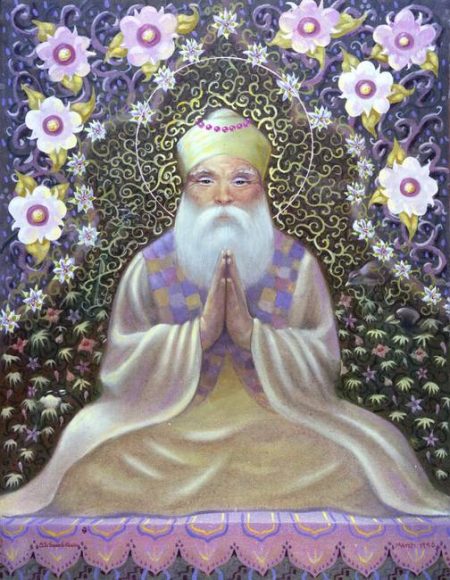 This story by Siri Singh Sahib,Yogi Bhajan illustrates the deep power of this type of listening:

“Once I decided I will learn astrology. The greatest in astrology at that time, was Pundit Ram Lal. So I went to him and I asked if he would teach me. He said, ‘Fine, but you have to bring carrot pudding every morning, when you go to the Golden Temple.’ So I brought a big dish of carrot food every morning and came there, sat there, but he would never speak to me… For two years, he never spoken a word to me and ate carrot pudding every morning and give it to everybody. … Two years later, one day Sunday we were sitting and he brought four horoscopes. He said, ‘Hey, interpret them.’ First I thought it wasn’t him. Second, I recognized [what to do]. Third, I took the horoscopes and one by one I started interpreting them. He said, ‘That’s all good. You know, good, now you are done.’ I said, ‘You didn’t tell me left, you didn’t tell me right, all you ate is carrot pudding and that’s it and…’ He said to me, ‘Come tomorrow.’ So next day I went there, with my big pudding bowl and he called all his students, he gave them the four horoscopes, the same horoscopes each one and told them interpret it. Everybody failed, everybody. So he told me, ‘You were here and I was not talking to you. You listened carefully to everything what went on here and you have become learned.’ Then, he told me in the words of Nanak, Sunni-ai sidh peer sur naath . . .  I realized that was his way of teaching me. He said to me, ‘The appreciation I had for you is that you brought the pudding and I ate it. That was favor, that was a blessing.’

Enjoy this version of the 9th pauree from Meditative Mind 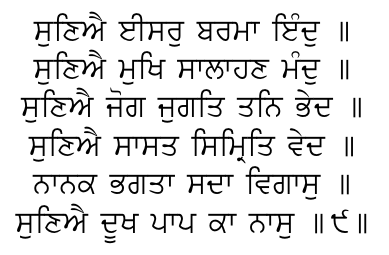 even foul-mouthed people praise the True One.

one understands the technology of Yoga and the secrets of the body.

O Nanak, the devotees are forever in bliss.