When you suffer from greed, madness for power, overbearing expansion, and the need to control;

when you become trapped in your territoriality, the Seventh Pauree will heal you. 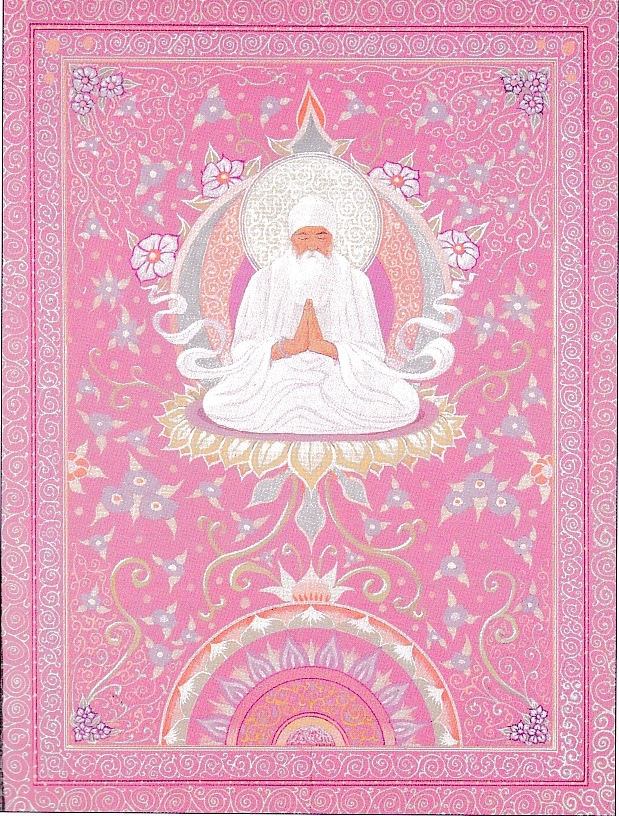 In the Seventh Pauree, Guru Nanak declares that all potency lies in the power of the One. It is only by the glance of Grace of the Divine, known as Nadar, that spiritual liberation can be achieved. Nadar is an important part of Sikh thought, because we can be saved by God’s Grace whether we are virtuous or worthless. Nadar is a spiritual event that occurs spontaneously. It is a glance, a brief encounter when the soul opens to the Truth and we become in synch with the vibration of the One, changing our destiny forever. That is all it takes to turn emptiness and depression into bliss and fulfillment. We don’t earn it and we don’t have to deserve it. It is a gift of pure Love from the One from whom all love comes . . . Nadar gives us hope in the universal order where the power of Grace is superior to the bonds of karma.
In the course of life, greed for wealth and madness for power can seduce even a person of consciousness. This is when you turn to the Seventh Pauree and meditate on its clear and simple message. In the principals of Raj Yog, the higher you are, the humbler you must be. Otherwise you shut off any possibility of Nadar, that glance of life-saving Grace from the One.

“Humility – the expression of humbleness comes from grace within. The expression of kindness come from compassion within. When the inside is not compassionate, kindness is not found for miles around you. And egolessness comes from enlightened awareness of the self. These are virtues, my dear, and one has to seek them. They are within us as water is in us, but we have to seek it.”
Siri Singh Sahib, Yogi Bhajan – April 4, 1974 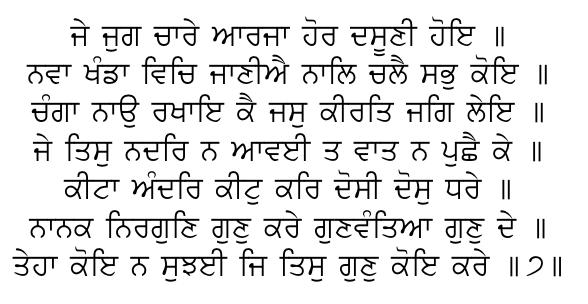 Even if you could live throughout the four ages,

or even ten times more.

And even if you were known throughout the nine continents

and followed by all.

With a good name and reputation,

with praise and fame throughout the world.

Still, if the True One does not bless you

with the glance of Grace, then who cares?

What is the use?

Among worms, you would be considered a lowly worm,

and even contemptible sinners would hold you in contempt.

and bestows virtue on the virtuous.

No one can even imagine anyone

who can bestow virtue upon the True One.