When you feel small, the Twelfth Pauree gives you solidarity
of self, self-impressiveness, and self-respect. 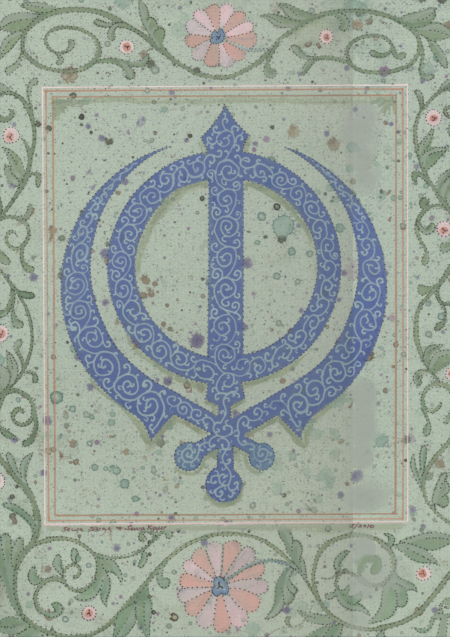 Mannai are those awakened spiritual beings who have subdued their ego and are profoundly in tune with the One. In the twelfth pauree, Guru Nanak very lovingly, and with an element of adoration, explains the greatness of those who have that awakened spirituality and surrendered their ego to the Will of the Divine. Guru Nanak reveals that the Gat, the state, of one who surrenders their ego is so great that it cannot be described. There are no words for this spiritual state, so no matter how hard you try to explain it, there will be such a wide gap in understanding you will regret even trying. He tells us that there is not the paper, nor the pen, nor even the writer who has the words to describe the extraordinary state of the one who surrenders his ego. This can only be understood through “veechar,” which is to contemplate deeply, as a philosopher would.

Mannai kee gat kehee na jaa-ei. Jay ko kehai pichhai pachhutaa-ei. So great is the game of God, the one who accepts it become the greatest. Accept it, it’s a reality! God is a reality. God is every time a reality, it cannot change. God is a security and God is a real security, it cannot change. God is a beauty and is a real beauty, it cannot change. You may be old, wrinkled without facelift, and totally look like it is a skeleton only covered with flesh but if you are wise and divine people will bow to you. You need to understand there is no more beautiful, charming, and loving thing in this world than the God in you. But don’t bottle it up, let it flow, let people know. Standardize the behavior into divinity and nobility and it is Divinity forever.

The Siri Singh Sahib often referred to the word Mannai as the one who obeys. As a student of a difficult teacher and then as a military man, the virtue of obeying orders was proven to him time and time again. This state of obedience in a strong and intuitive person results in setting aside the ego and dedicating your efforts to the greater good. As the Greek statesman and sage Solon famously said, “He who has learned how to obey will know how to command.”

Nanak says, Mannai Kee Gat Kehee Na Jaa-ei. Jay Ko Kahai Pichhai Pachhutaaei. One who obeys shall command and the description cannot be explained. Because whosoever try to explain the description, will be sorry in the end. Listening [sunni-ai] is very important. Obeying [mannai] is very important. These are the faculties of commitment. Challenges we all have, every day. But when we have a challenge, if we accept it as a challenge and challenge the challenge, we always can win. But if you do not accept the challenge then there is nothing to win.

The Siri Singh Sahib always emphasized the importance of obedience, but not in a mindless, subservient way. Rather, obedience to the One as a conscious and elevated action.

Enjoy this beautiful musical recitation of the “Mannai” Paurees of Japji Sahib by Sat Purkh Kaur.

Enjoy this beautiful musical recitation of the 12th Pauree of Japji Sahib by Meditative Mind. 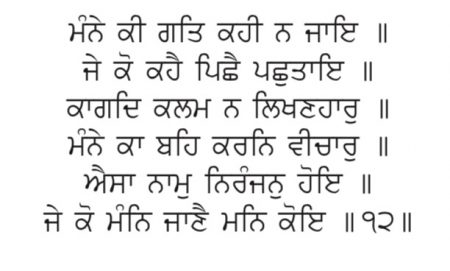 The state of the faithful cannot be described.

One who tries to describe this shall regret the attempt.

No paper, no pen, no scribe can record the state of the faithful.

Such is the Name of the Immaculate True One.

Only one who has faith

comes to know such a state of mind.