The Twenty-sixth Pauree transforms nothing into everything.
In your business it banishes loss, misfortune, and misery. 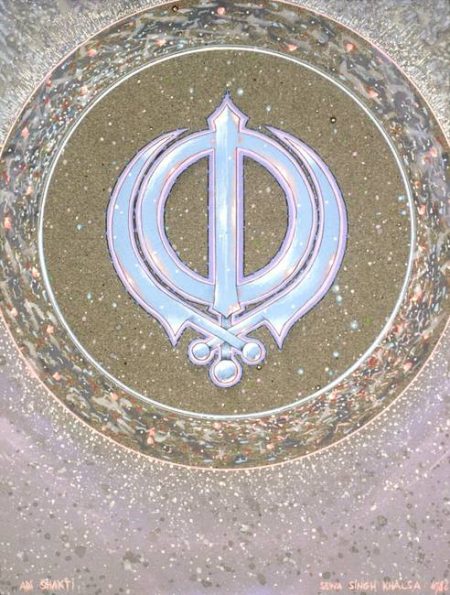 In this pauree Guru Nanak tells us that everything about God is amul – priceless, precious, and beyond value. Guru tells
us that the virtue and trade of the One are priceless. By that he means all that is within the Divine Will is true and authentic, generous beyond any valuation or estimation. He says that priceless are His qualities, and infinite are His blessings. The worshippers of God are priceless. His law is beyond value and the justice that is dispensed to all equally is also priceless. The entire universe, which is the court of the One, is precious beyond expression. That energy that created the universe is amulo amul – invaluable and the source of all virtues. This pricelessness is such that it cannot be described or understood. So what does a mere mortal do? Simply meditate on the impeccable Name; repeat it until you become one with it . . . The One can only be experienced and that experience comes not from not simply reciting the Name, but loving it. Vibrating that frequency with such devotion that you become one with it. 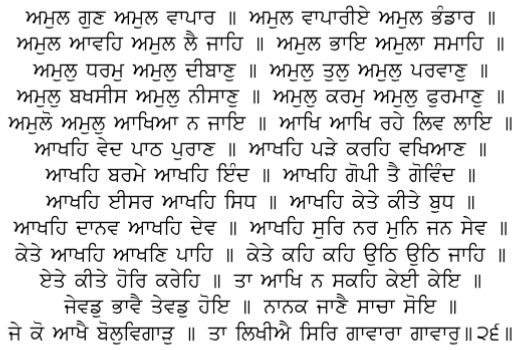 Priceless are His blessings, priceless is His banner and insignia.

Speak of Him continually, and remain absorbed in His Love.

The Vedas and the Puraanas speak. The scholars speak and lecture.

The demons speak, the demigods speak.

The spiritual warriors, the heavenly beings, the silent sages, the humble and serviceful speak.

Many speak and try to describe Him.

Many have spoken of Him over and over again, and have then arisen and departed.

If He were to create as many again as there already are, even then, they could not describe Him.

He is as Great as He wishes to be.

If anyone presumes to describe God, he shall be known as the greatest fool of fools!