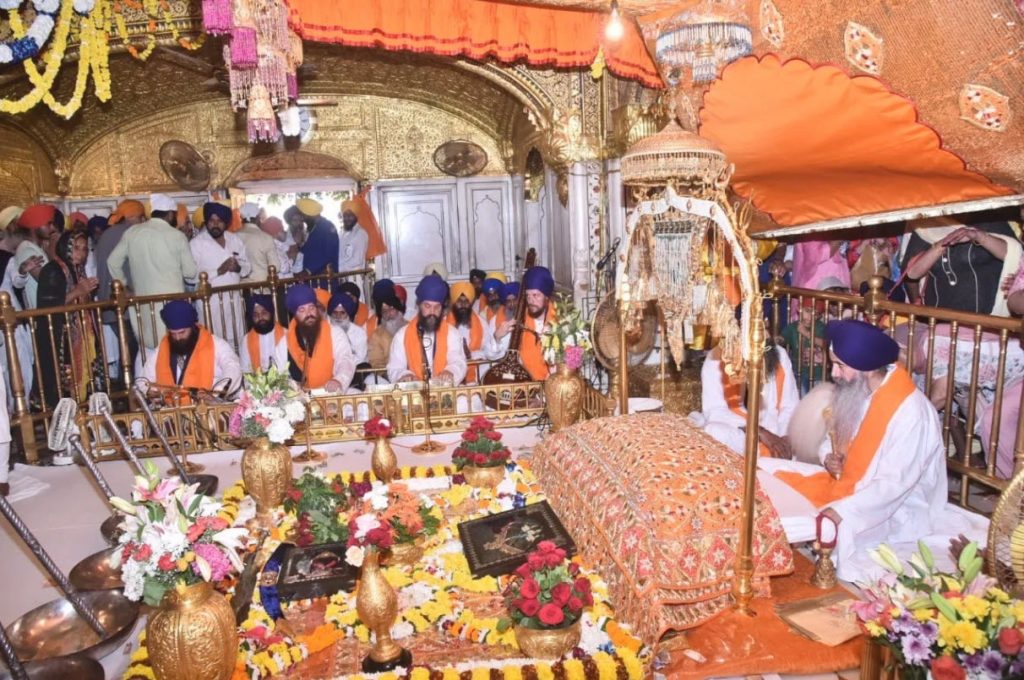 This article was published on Mr. SikhNet in 2011. It was written by Guruprakash Singh Khalsa.

On Sunday, January 9, 2011, I played in Darbar Sahib for the first time with the Chardikala Jatha. It was a feeling that I can’t really describe, but I’m going to try.

It was extremely foggy. Those of you who have been to India in the winter know exactly what I’m talking about. I was feeling a mixture of nervousness  and total gratitude when I bowed my head on the freezing Parkarma. On the way to Darbar Sahib, I couldn’t feel my feet or my hands. I thought “I’m about to play for the first time with numb hands! Oh God.”’

I was in awe of how confidently and nonchalantly Sada Sat Simran and Jugat Guru led the way with me, the “freshie tabla player” in tow.

I thought “Oh well, we’ll just have to eat more prasad than normal.” Little did I know, it was so cold that when I got the serving of prasad (which pretty much filled both my hands), the ghee solidified into its white hard form, making the prasad much less palatable. Then Sada Sat Simran said “Hurry up! They only have two shabads left  before we play!”  I forced the prasad down my throat, wiped chunks of solidified ghee off on my churidars, and went in to play.

I was nervous at first, but before I knew it, it was just the kirtan playing. To me there was no microphone, no sangat, no insecurity about people listening to the live broadcast. Just the full gratitude and blessing to be playing in the house of Guru Ram Das.

My heart was smiling as we played shabads in honor of Guru Gobind Singh.

When we finished, I had a feeling of supreme lightness. It was not like I was spacing out, but as if the air molecules in direct contact with my skin decided to lift my physical body weight off of the ground. I felt clear, nervousness gone, totally clean slate, no fear of dying, no desire to die either and vice versa with living.

One feeling was fixed, like it had been dead bolted to my heart: gratitude. The fact that I was blessed enough to come to Amritsar to this place, having the Guru literally take my anxiety out of my body, and play God’s praises in one of the most energetically powerful places on the planet, built an experience so powerful that even if I spend my life as an armpit sniffer working for old spice (the worst job I can imagine!), I would still be able to look back at this experience  and say, “Thank you God for letting me do that. I am blessed in my life.”

Listen to Kirtan from the Chardi Kala Jatha 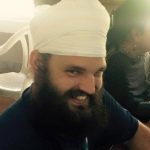 Gurprakash Singh is a Miri Piri Academy (Amritsar, India) Alumni student and Staff Member. He continues to serve as a tabla player with the Chardi Kala Jatha.