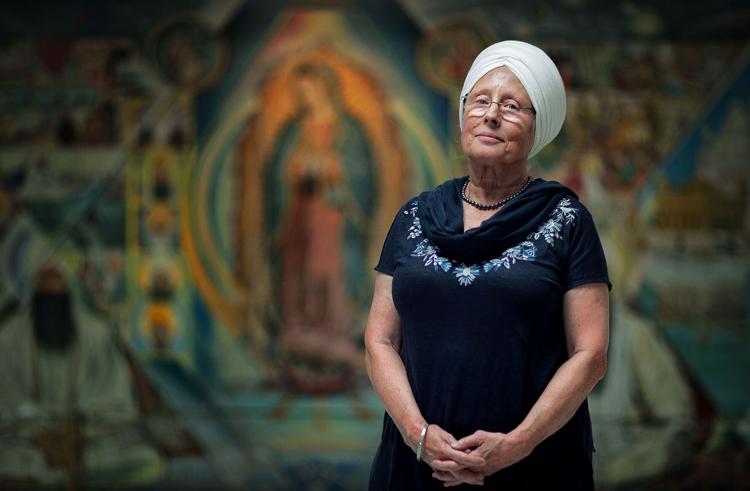 This article was originally published by the Santa Fe New Mexican. It was written by Rick Ruggles.

The coronavirus has cut a sickening swath through India at the same time the disease appears to be relaxing its grip in New Mexico.

The Sikh community based in Sombrillo, southeast of Española, hopes to help raise $100,000 so oxygen equipment can be sent to the city of Amritsar in India.

“India is in such bad shape,” said Shanti Khalsa, a retiree who runs the public affairs office for the nonprofit Sikh Dharma International, which wants to raise $100,000 for about 45 oxygen concentrators.

“It’s a tragedy over there,” Khalsa said.

The Hacienda de Guru Ram Das ashram in Sombrillo has been a headquarters for Sikhs for 50 years, established in 1971 by the late Harbhajan Singh Khalsa — also known as Yogi Bhajan or Siri Singh Sahib.

A New Mexico State University public health professor whose parents are in India said the horror of the COVID-19 crisis in that country is attributable to several factors. Dr. Jagdish Khubchandani said the country let up after doing a decent job of controlling the disease last year.

“They had a series of festivals in January, February, March,” he said. The attitude conveyed by the government was: “We’ve won the battle, everyone have fun,” Khubchandani said.

Then when the disease began to tear through the country, “too much population, poverty [and] lack of health care” contributed to its spread, he said.

Reuters news service reported Tuesday that more than 307,000 people have died of the disease in India, although Reuters and others think that is a gross undercount.

Khubchandani said politicians in India want to suppress the number. Also, many people have died at home before a diagnosis could be made, he said, and death certificates haven’t been filed in some cases.

Shanti Khalsa said a Sikh-owned international school in Amritsar, Miri Piri Academy, will be used as a staging area for distribution of the oxygen concentrators. She said the equipment costs about $1,800 per unit, plus shipping and tax. Her group would like to provide 40 to 45 of the machines, she added.

Sikhs make up roughly 2 percent of India’s population, according to census information from that nation.

Gurusangat Singh Khalsa of a Virginia-based Sikh group will work with the Northern New Mexico Sikhs to raise money. They will be used in homes and hospitals and wherever they are needed, he said. He is not related to Shanti Khalsa.

He said he expected about 15 units to be purchased Tuesday in New York and flown to India as soon as possible. In many hospitals, there are no beds available because of the volume of patients, he said.

Entire families stricken with the disease remain at home, he said, with no one to care for them. “There’s a lot of suffering and a lot of people unable to get care, and a lot of death.”

Shanti Khalsa said Sikh Dharma International will work with the Rotary Club in India to find the places where the equipment is needed most.