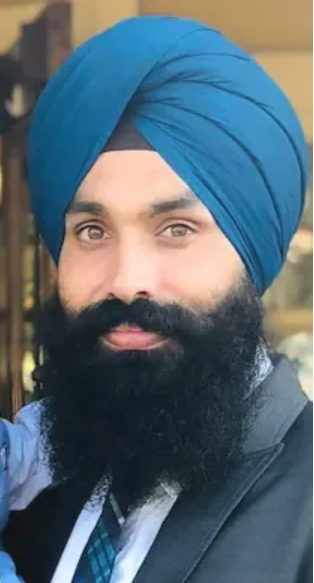 By Faiz Siddiqui, Silvia Foster-Frau and Marc Fisher May 27, 2021

SAN JOSE — They made the trains run on time, got their neighbors to work and, during long shifts and in friendships that deepened over decades, they took care of one another. Nine of them died Wednesday, victims of a mass shooting at the hands of one of their own.

Taptejdeep Singh, a follower of the Sikh faith who had come to the United States from India, died trying to save his colleagues. He bolted from a hiding place and helped a woman get into a secure room. Then he ran into the shooter in a stairwell, where Singh was shot down, relatives said.

When Taptejdeep Singh — Taptej to his family — came home from work each day, his 3-year-old son and 1-year-old daughter would be watching from the window. As soon as they spied him, their game began: They’d run and hide, Bagga Singh said.

“Then he’d come and find them under the bed or the backside of the curtains,” the cousin said.

But on Wednesday, Taptej didn’t return home. Bagga got a call from his wife saying there had been a shooting at his cousin’s workplace and he wasn’t answering his phone.

Taptej grew up in a multigenerational home on a farm in Punjab in northern India. He and Bagga considered themselves brothers and loved playing in the fields. After arriving penniless in California in 2004, Taptej missed those fields and had dreams of purchasing land outside Union City to grow fruits, nuts and vegetables.

When they were young, Bagga recalled, he would sleep in his grandmother’s bed instead of his mother’s, and 2-year-old Taptej copied him, trying to squeeze into the same small bed. When they got older, they went to the same school and rode motorcycles.

“We had the same house, same everything,” Bagga said. “Nothing separate.”

In California, Taptej worked his way into the middle class, starting in factories, then in a security job, and then, in 2014, at the VTA, where he rose to become a light-rail operator — a job also held by his brother-in-law. Taptej was also a real estate broker.

Deeply religious, Taptej, 36, wore the Sikh articles of faith, including a comb, a bracelet and uncut hair. He loved volleyball and cricket, his cousin said, often playing in games on weekends.

Wednesday was Singh’s second day back on the job after a vacation. On workdays, he would generally leave home at 4 a.m. to have his train rolling in time for the morning commute.

His brother, Karman Singh, said that after the shooting started, Taptej “reacted quickly to get colleagues into secure offices, and was frantically calling others who would have been coming in for a shift change to warn them.”

“Even in these moments of ­chaos, Taptejdeep was living by the values of Sikhi: living in service and protection of others,” Karman said in a statement. “We believe that if the shooter had ever asked our brother for help, Taptejdeep would have gone above and beyond for him like he did for everyone he crossed paths with.”

Sukhvir Singh, a VTA worker who is not related to Taptej, said in a statement that during the attack, “Taptejdeep called me to warn me that there was an active shooter in Building B and to go hide or get out immediately. He told me he was with Paul, another victim, at the time. . . . Because of him, so many people were able to go home to their families.” 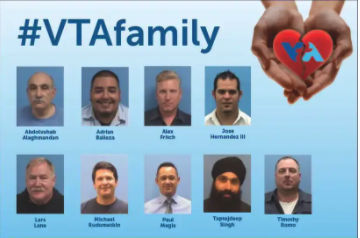 I am sure he didn’t think of himself as a hero – this type of bravery is just who Sikhs are. Help support the family of Taptejdeep Singh during this time of immense sadness.  Contribute generously to the VTA Hero Taptejdeep Singh Fund.