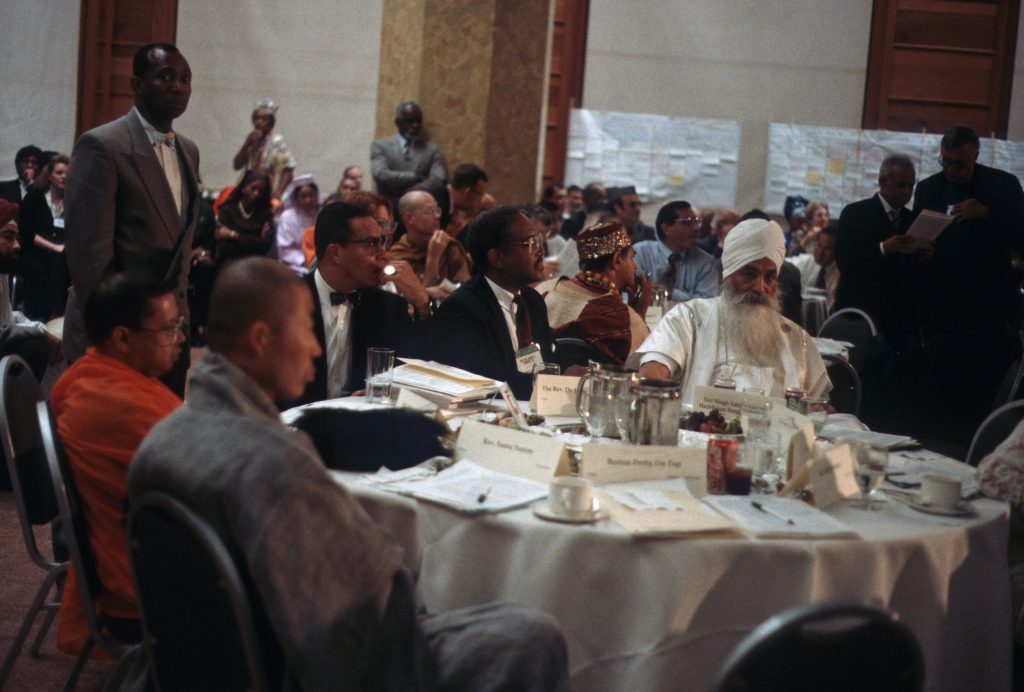 Courtesy of the Pluralism Project at Harvard University.

During the 1893 World’s Fair in Chicago, a forum known as the Parliament of the World’s Religions convened. This was the first formal meeting in the history of the world where all of the major religions sat together in prayer and discussion. 1993 marked the centennial celebration of this great event, and the Parliament of the World’s Religions met once again in a spirit of prayerful harmony. The Siri Singh Sahib participated in lectures and panel discussions, promoting dialogue and cooperation among the different religious communities.  (1)

The Sikh Dharma community and global sangat still participates in these gatherings today.

Over 150 spiritual and religious leaders from across the globe gathered in Chicago to attend the 1993 Parliament of the World’s Religions.

The goals of the gathering included: bringing together people of diverse spiritual traditions and philosophical backgrounds; promoting understanding and cooperation among religious communities and institutions; encouraging a spirit of harmony and celebrating the richness of religious diversity with openness and respect; assessing and renewing the role of world religions in relation to personal spiritual growth and in relation to critical challenges facing the global community; and developing and encouraging interfaith groups and programs to carry the spirit of the Parliament of of the World’s Religions into the 21st century.

(1) – The History of Sikh Dharma of the Western Hemisphere