Excerpts from the book The Teachings of Yogi Bhajan: Merging with the Infinite, published by KRI

“Peace is experienced and known through the power of prayer. You believe me or not, people who do their Sadhana, and they do their banis, they do their prayer, their death is very peaceful.” Yogi Bhajan, July 15, 1982 (p. 32)

“The quality of the first breath imprints the praanic body and affects how life is experienced from the start. It can reflect the psyche of the mother, the state of projection created at conception by both parents, and the cumulative emotional state from the experiences in the womb. The last breath and the thought that accompanies it projects the soul into different after-death realms. The mind is unfettered at the moment of death, so its projection is very effective.

Because of the power of thought at death, many traditions practice a death mantra, prayer or praan sutra.

This phrase spoken at the last moment guides the soul regardless of past actions.” Yogi Bhajan, August 12, 1981

“It is crossing the sound barrier with a rhythmical music and that is what is contained in the songs sung by Guru Ram Das in the Nadhing. And one of the lines which is very effective is,

YB: It’s called Praan sutra. And your Praan sutra if you can understand,

Supplement sutra of this will be,

…because you have to cross the sound barrier with this sutra. What is the sutra?

…. yeh sutra hai, this is your Praan sutra. It is called?

Miracle has happened. When you get free from unfreeable situation, you say, ah you know pooree hoyee karamat aap sirjan harey darriya.

That’s the purpose of that line. We are not shoving this line down your throat because that will give us something. We are telling you a way out. You understand?

It’s a kind of what they call turnpike. Turnpike you go on that road. You know you put the money. They say toll road, thirty five cents. You go across. The toll road won’t let you go and if you try to go the police will come after eeeee and catch you and do the whole thing. There is no fun. But this cross, this toll road is pretty heavy. So don’t even try to break that barrier and run. There is no need. The toll to cross and you know, what is limited time. You have to take the change first, thirty five cents. If you have thirty five cents, throw in that bucket and you go. You know, you understand what I mean. Exactly it is that. Whenever you confront death, time has come – put the praan sutra in it. Go free. Rest is all okay. No problem. ” (p. 101-103) 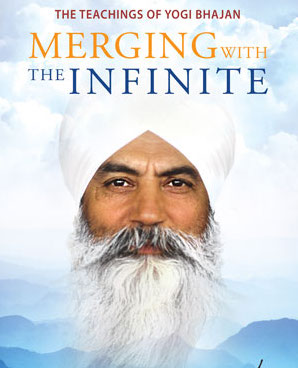