An address by Siri Singh Sahib, Yogi Bhajan, in honor of the birthday of Guru Gobind Singh Ji

The dream which Guru Gobind Singh had, to establish a brotherhood has many dimensions.

My personal feeling is that God had to prepare for a long time to saturate and soak into him the human values, to take a form such as Guru Gobind Singh. If it is true that a man is created in the image of God, then let us go deeply into the facet of the man. If it is true, that man represents God and this shall never be denied. 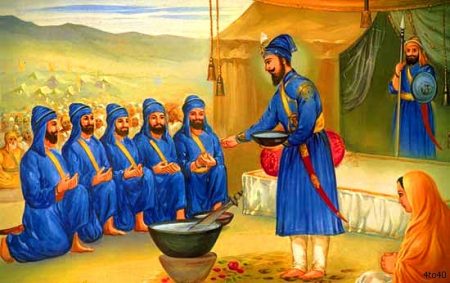 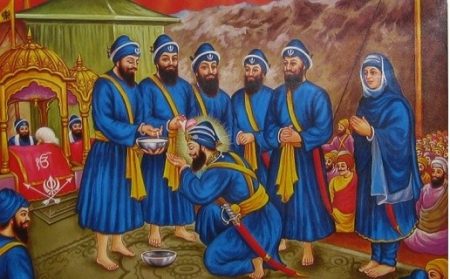 It was the extreme super-creativity of the self into the Self and the sharing of the self with the entire congregation, which has never happened before. There is not a single example in the religious history of the world, where a man who is enthroned, loved, worshiped and revered as a Guru, comes down on his knees and asks to be baptized. Then he smartly takes up the same position as before and directs his men. If you research through the known and written entire human history, which has a record of over 20,000 years, you will be surprised to see that not a single incident can match this.

The finite consciousness of this man was beyond infinity. He was a poet and a philosopher. To call him a warrior is a simple expression of our ignorance. He was a defender, a defender of the innocent and the weak. His criteria of life can be observed through his action, for he never waged a war for territory, and in spite of the fact that he won wars, he never claimed the territory. This shows totally and completely the intention to defend. 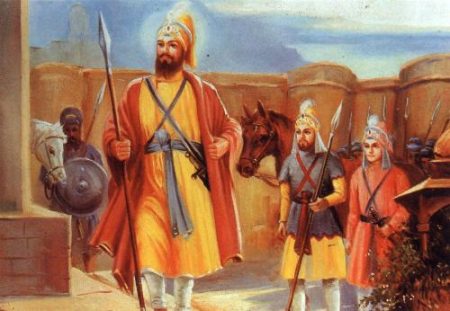 It is surprising to look at the history of this man and to understand his different facets of life. God is the Creator, but to create His image, like Gobind Singh, God might have to work through many, many centuries more. By looking at the life and history of Gobind Singh, one can look at the life and creative style of God. However humble we are, but we are still the creative action of the Almighty Creator. And we know that there is a great gap in the normal standard of behavior, of the Guru, and that of us. Thousands and hundreds of years, humanity prays, it does “Jap” for thousands of years. I am talking of humanity, not of a sect or a fad. Those who belong to the lifestyle which Guru Gobind Singh laid must know what they belong to. They belong to the longing of hundreds and thousands of years of prayer. It is not a miracle of the moment! And we in the West, through the grace of none other than Guru Gobind Singh, have the experience of the fulfillment of this prayer. It is a written record how much Guru Gobind Singh must have prayed and sacrificed so that the Khalsa should survive.

In this land, seeing a beautiful plant flowering in the image of Guru Gobind Singh is the most excellent and auspicious sign. Here, where today his sangat, in his name can sit, can appreciate and can live up to his teachings: “I love the prescribed way of living of the Sikh, not the Sikh.” “The pure one is me, and I live in the pure one.” One Guru gave the Guruship to the other. Guru Gobind Singh, as one facet of the human being, gave the Guruship to the entire Khalsa. He gave it individually, precisely, definitely and truthfully. And today when a Sikh does not live to this form and standard, he separates himself from Guru Gobind Singh. Because when you say you are as Guru Gobind Singh is, then you have to live up to his practical line of action and follow the path which he laid down.

Now, becoming cowardly, what we have done is the same as the Christians – who have put Jesus Christ as the only son of God. We are all sons and daughters of God. When a Sikh cannot live to be a Khalsa, he refuses to be as Guru Gobind Singh lived. He wants to live other than Guru Gobind Singh, and this is enough to prove the degradation which is taking place.

Today is the day to remember the one who was the outcome, in the human form, of millions of years of the human prayers of this earth. He was an embodiment of the fullness of all facets of the human scale, skill, intelligence, intellect and the power and still he was a Saint, detached, selfless and humble. At the age of nine he took over the Guruship and at the age of forty-two, he left it. But he left behind such a permanent image of his that he proved to God that he can be equaled, that he could create in his own image the Khalsa. This is one thought which I want to bring to your notice today – that a man was created in God’s own image and thousands of years of God’s preparation could create Guru Gobind Singh, and in a few years, Guru Gobind Singh was able to create the Khalsa in his own image. If anybody knows the simple science of mathematics, then it is a proven fact, beyond doubt, that Khalsa was created in the image of God, Himself. In the saying of Guru Gobind Singh, he testified to this truth: “God ordered me, gave me the permission. Only then could I start this path of life, this way of life.” 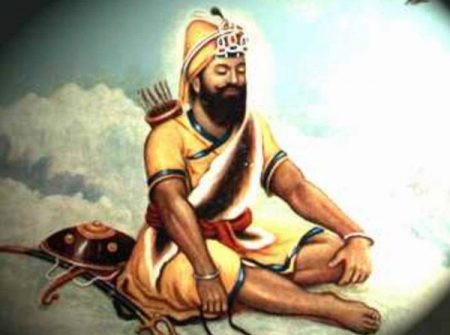 If this is the purpose of human life, that man has to work to walk on the path of God, then there is a page of history, excellent, beyond excellent and proving beyond any proof, that man can exceed the boundary of the physical limits. As the history has recorded the excellences of action, of thought and behavior of a human being, it is honestly and truthfully felt that God Himself must have meditated for thousands of years, and the humanity must have gone into prayer for millions of years, to bring to the earth the defender of the faith, the messenger of the Truth and a living and loving Guru, Guru Gobind Singh.

Copyright: The Teaching of Yogi Bhajan.