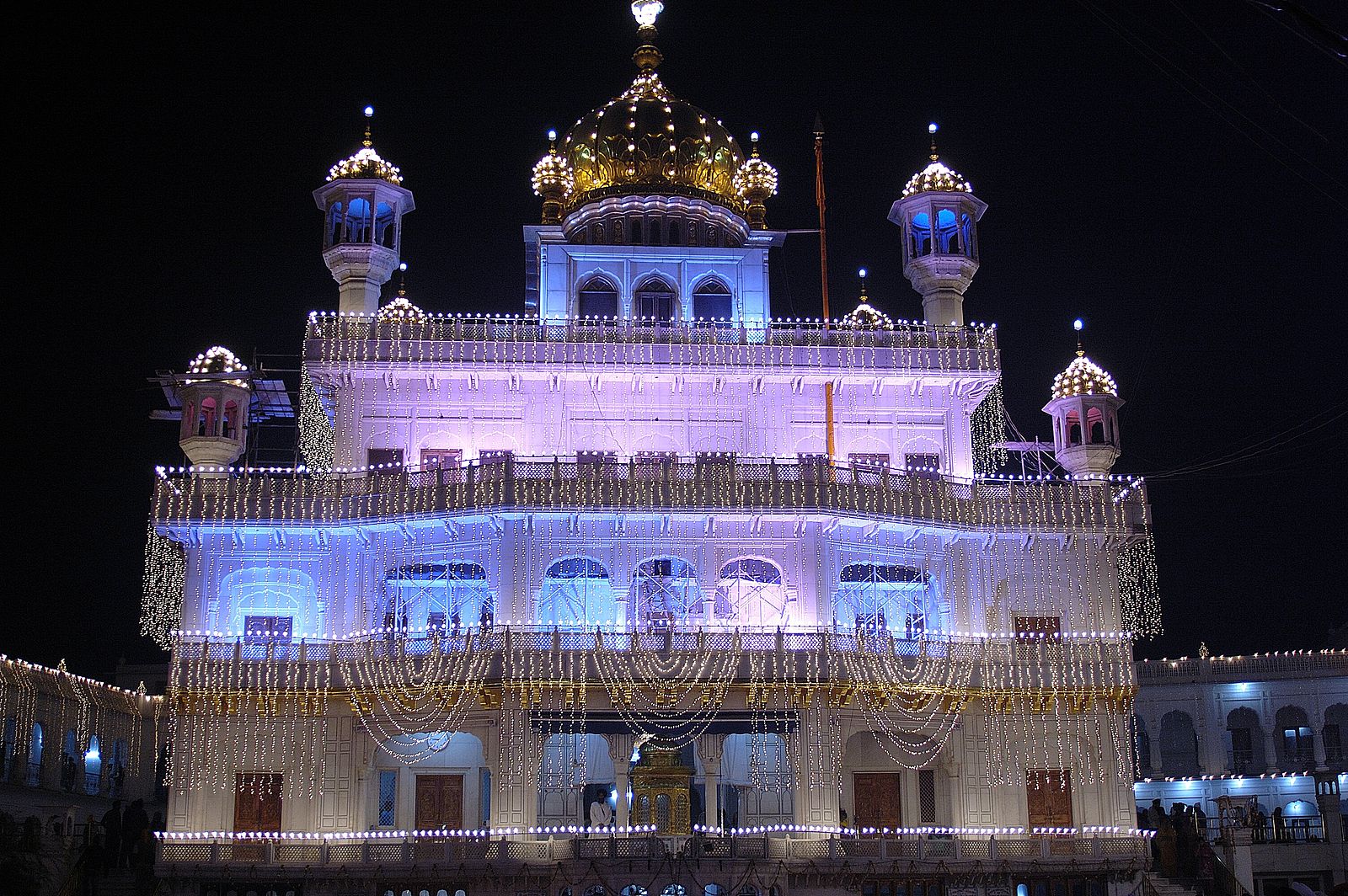 Have you noticed that when you enter a public building or a private home, you can feel the energy associated with it? Every physical structure has its own vibratory frequency.

Think of entering a monastery or a dance club. Quite a difference! Each structure holds vibrations within it that can be felt by anyone who is sensitive.

The Akal Takhat (the Throne of the Eternal) is a beautiful white marble building located in the Golden Temple complex in Amritsar.

But it has always been much more than an imposing physical structure.

Initially built in 1606 by Guru Hargobind, the Sixth Guru, it has its own powerful, living spiritual identity. As the seat of spiritual sovereignty for all Sikhs, it is a holy place.

In front of the Akal Takhat fly two flags on tall flagpoles. They are called ‘Miri” and “Piri.” Miri means earthly and Piri means spiritual. They signify the
balance of earth and ether—matter and spirit—in awakened consciousness.

I always say that a Sikh has his head in the stars and his feet on the earth, sees the One in everyone, and remembers his own zip code.

Shared by sikhri.org:  each year, on July 2nd, Sikhs around the globe celebrate the “Akal Takht Foundation Day” which is when Baba Buddha ji and Bhai Gurdas ji completed the construction of the platform located in the Darbar Sahib precinct facing Sri Harimandir Sahib.

Originally named Akal Bunga, the simple platform was raised higher (approx. 11.5 feet) than the throne of the contemporary Mughal emperor Jahangir, defying the royal edict of not building a seating structure higher than the emperor’s throne. It was a clear message to the world that the Guru, as a keeper of the Divine will, was the true Sovereign. And it was this sovereignty that the Guru bestowed on Sikhs who came from the most downtrodden and persecuted groups in the extremely rigid and ruthless hierarchical superstructure of the caste society.”