If someone has a relationship with me as a father, then I am Harbhajan Singh. But, I am using the same ego to solve these different kinds of problems.

The other alternative is that a problem comes to you and you con­front it. The moment you confront the problem, either you win or you lose. That is called self-destruction. You don’t need to confront anything. It is not worthwhile, because every­thing moves. The problem will move. (You won’t move because your ego gets hung up.) But you can’t solve a problem by confronting the problem. Then it becomes a hassle and the neighbors will know about it and people will hear about it. 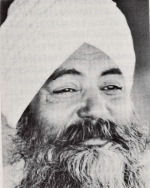 What is the secret of success? OPI OPM: Other People’s Intelligence and Other People’s Money. Your own intelligence cannot solve every problem. Your own intelligence is how you employ and successfully deploy the environment, the sur­roundings. That is OPI. Employ and deploy the surroundings. When you employ the surroundings, don’t involve yourself in it. Because it is not you in the problem, rather it is your interest in the problem. You should see that you get the high­est rate of interest, but it is not you.

Once I was asked if I wanted to have a certain inspector working under me or not. I questioned why I was being given an additional in­spector. I was told that nobody wanted to have him working under them. I agreed that I would take him, but I asked that inspector why the other officers did not want to have him working under them. He told me that other officers were threatened be­cause he was so sharp and efficient that they felt that their own jobs might be taken over by him. I decided to take him. I just outlined to him my area of responsi­bility. I told him that I would give him a specific area of my duty and he could take total charge of that area and do whatever he wanted to do with it. I can tell you that I never bothered with that work at all, and he came out perfect. Because he was very intelligent, very righteous, very honest and very sincere. You may get a good worker but it is rare to get a sincere worker.

Another example I want to share with you. I had a pesonal servant named Ramu. His job was just to serve me and personally attend to me. One day while I was eating with my friends he just came and picked up my plate. Then he brought me some other kind of food and served me. I understood his habits, but after a while I just called him to explain to these people why he made me eat something different? He said:

“Baba, you are not to eat this food because yesterday you worked very hard and this food is very delicious and you would definitely overeat. You are to go on duty in half an hour and you won’t be in a position to digest it, therefore, I am sorry, I couldn’t give you that food.” I said, “But, you never gave it to me, someone else gave it to me!” He added, “Another person is another person. I am responsible for what you eat.”

Now, as Americans you cannot tol­erate this kind of situation. Whereas, I have been trained that when we give somebody a duty or a responsi­bility and we find that person is loyal and honest, we totally do not inter­fere with that person. That is the way to use other people’s intelli­gence. But if you insist on playing it according to your ego, then you’ll be stabbed in the back. It doesn’t matter who you are. Because there is no security for that person. When he gives all of his intelligence to you, puts all of his loyalty at stake, is will­ing to devote himself to you and you still have the ego to limit him, that means that you can turn him upside down right in the middle of his work.

No human mind can tolerate this. The way you Westerners have been trained, you have learned to achieve something, but you can never maintain that thing. You can learn to maintain the same situation with a simple attitude. You can discuss with your ego and then begin to consider when this person is giving you trouble or when this staff is giv­ing you trouble. How can you use them trouble-free? That is what your ego is for. Whereas those who live by a hire and fire policy, they always get fired in the end. 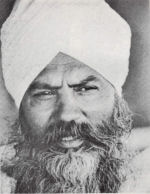 The mind can go through a lot of changes. And the last and worst of all changes is when you deny your teacher the privilege to poke you. It is the worst of all because when your ego is inflated like an elephant, you need that needle in you. When you throw it away, you go astray and when an elephant goes astray it meets death

You should keep your ego to serve you. You should use your ego and direct it to just behave as if it is a servant. Ego is the biggest disease! But it also has the solution in it. In India, it is a common practice to take mercury (which is known to be a deadly poison if you take it raw into your system) and in the science of Ayurvedic medicine, to use it in al­most 80% to 90% of the cures. It is very effective, and very well recog­nized. In this way, poison becomes the cure. In the same way, you can go out and burn your skin in the sun and you can have skin cancer, or you can tan yourself and look healthy. How you use your ego is a technol­ogy. When you start living in your ego, then you will not grow.

I was reading the life of a person who started his professional life with one thousand dollars. He was a sur­geon and today he is a person worth forty million dollars. He was asked how he became so successful, and he said that he believed in benefit sharing. He would offer his employ­ees the opportunity to work out a situation for him and whatever in­come that would bring, he would offer to give them one-third of it. He never signed any contract because his people knew his word was a con­tract. The result was that he gave one-third but they gave it to him totally. He earned 66% more!

How rich you are has to be considered from the expense point of view. Richness is not considered from the income point of view. If your monthly expense is a thousand dollars but my expense is fifteen thousand dollars, you are fourteen thousand dollars richer than me. An economic fool is a person who measures his richness from income. An economic wise man, or economic wizard is one who measures his rich­ness from expenses. That is what rich people do. They go on a fixed income expense and then they kill them­selves. They become victims of heart attacks and no doctor can cure them. Because what should they do, if they have to maintain a standard of thirty thousand per month? 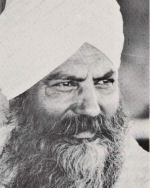 I know of one organization where for the last nine years it has made three hundred to four hundred mil­lion dollars in a year. Their bud­get was fixed at seven hundred mil­lion a year. Then for the last two years, they were making only two hundred million a year. So there is a budget difference of five hundred million a year and they do not know what to do. They are selling their equipment, they are selling their land, selling this, selling that and they’re in bad shape. One of their employees who is my student called me and asked me how to man­age himself. I told him that it is very simple. If I make ten cents, I spend one. If I make one dollar, I spend ten cents. When I have ten dollars in my pocket, I only know that I have a dollar. I consider the other nine dol­lars as OPM, Other People’s Money. Out of every ten dollars, one dollar is mine, and nine dollars are to main­tain what is mine. For every one dol­lar you require nine dollar to main­tain the grace of one dollar. Do you know this law of economic expansion?

If you represent yourself with the image that you are ten dollars rich, somebody will ask to use it for one hour, and you’ll give it, and then you’ll stand at a bus stand and the driver will not let you on because you don’t have a penny. It’s called “showing off.”

In India, in economics we call it “balloon-talk”. Balloon talk is a con­versation where you present your account multiplied or exact. Even suppose you speak the truth, that you earn fifty thousand dollars a year. The fact is that you don’t make fifty thousand dollar a year, because in America, if you make one hundred thousand in California, you earn ex­actly thirty-nine thousand. Exactly. 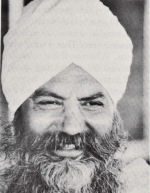 Now you can wangle it, you can multiply it, you can play around, but when you’re dead, your estate will be found in the estate shop on Beverly Blvd. Why does that happen? Because the children are asked to pay the Estate Tax, and they don’t have it. So, they sell the estate and get rid of it. Or, they make a founda­tion. Paul Getty’s family cannot take a statue from his estate. You can in­vest in your self, or you can invest in your name. Paul Getty would have been very fine, if he had in­vested and made his own body a museum where at least he would have gone running on the beach once a week.

Your presentation, your art of presentation, your secret of presen­tation, lies in one fact: you must not confront the energy, you must circu­late the energy. What is God? Every­thing is circulated. Earth revolves. It revolves on its axis. The whole galaxy, the other stars, the sun moves around other suns. It’s far out and it’s nothing but movement! It keeps going! And your success is, keep going! Don’t stop anywhere, for any reason. Don’t say good-bye. The only good thing is to don’t say “good­bye.” Just say “bye.” Perhaps some­day you’ll need that person. Because what will keep the energy going? It is the movement of your thought form, and the movement of your mind and thought and the move­ment of your solving the problems, and your movement penetrating through the problem. How can you do it? If you know that you HAVE to do it.

Anything and everything, logical­ly, psychologically, socially, commo­tionally, emotionally, personally, collectively, individually, is nothing but you completing the circuit. 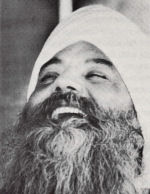 What is required to be learned by you is the Self. Because the Self is the solution of your environment. It’s the hub. It is the axle. It is everything. The fact is that you have to understand that you can’t fall in love with a girl, you can’t fall for anything, before knowing yourself, and knowing what you are fall­ing for! If you do not know how to swim, yourself, and you jump in eighteen feet of water, you will drown. But if you get into four feet of water and you are two feet above the water, you can make it. To become commotional, emo­tional, get into turmoil, and not care for things, not to listen to advice, and not to wait for truth, though it is bitter and it hurts, is to cause a problem. Multiple prob­lems are like multiple sclerosis. There’s no solution for it.