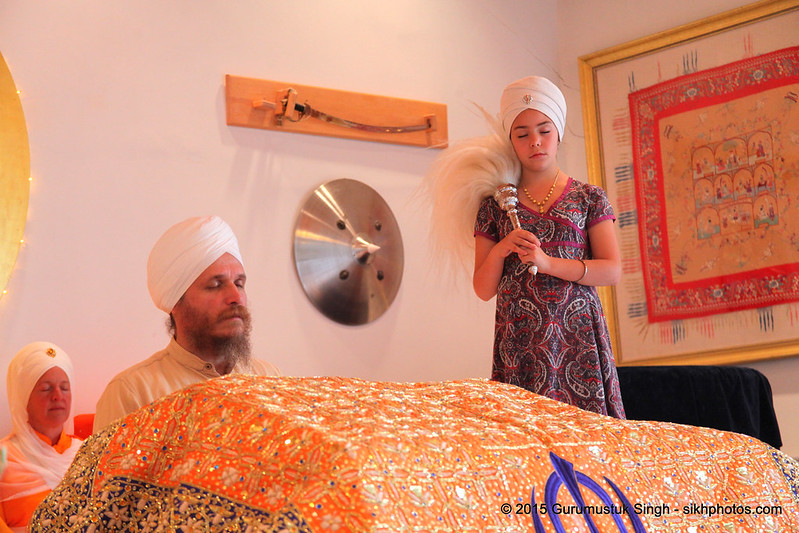 This article was originally published on ‘The Paldi Post,’ and is available on SikhNet. It was written by Iqbal Singh Manhas.

The Siri Guru Granth Sahib Ji teaches us that there is a very intimate relationship between the Natural Environment (Kudrat), Waheguru (Kartar) and the Guru. (1)

This deep relationship can only be nurtured if man lives in harmony with nature and uses the resources in nature in a sustainable manner, minimizing the effects of his actions and way of living by taking due account of environmental matters during the planning, design, manufacturing/construction and closure processes of all the elements of the built environment.

“Men, trees, pilgrimage places, banks of sacred streams, clouds, fields, islands, spheres, universes, continents, solar systems, the sources of creation, egg-born, womb-born, earth-born, sweat-born, oceans, mountains and sentient being; He, the Lord, knows their condition, O Nanak. Having created beings, the lord takes care of them all. The Creator who created the world, He takes thought of it as well (SGGS Ji, page 467).

The Guru provides human beings with the knowledge to guide them in their daily life in a way that is in tune with the natural environment, and helps them to become One with Him. Human beings come into this life to do His Naam Simran, carry out honest work to support their families and serve their fellow human beings in whatever way they can, and by giving part of their honest earnings (Dasvandh).

The built environment is the creation of man. The built environment has increased in size at a much faster pace since the Industrial Revolution in the West, which has in recent years arrived in China and India. This has been fueled by man’s greed for more and more, resulting in a lifestyle that is not sustainable. With increasing population and higher expectations for a completely materialistic way of life as portrayed by the media and its forceful advertising, human beings want more food, more clothes, more cars and trucks and trains and airplanes for transportation, more houses, more cookers, more radios, more televisions, more washing machines, more computers, more iPods, etc.

This has meant destruction of forests and grasslands and natural habitats to gain more land for agriculture, factories, houses, hospitals, schools, colleges, universities, water supply works, sewage works, roads and motorways, airports, mine workings for coal, minerals, building stone etc. and refineries and storage facilities for oil and gas extracted from the ground.

Manufacturing and development processes, factories, refineries, vehicles and planes produce gases and other pollutants which contaminate the air, land and water. Usage of water for agriculture and fertilizers and pesticides to increase yields has not only caused shortages of drinking water in many countries but also made it more expensive, as it has to be treated to remove contaminants from farming and industrial processes.

Because the sponge for carbon-dioxide, i.e. the leaves of trees, has been reduced by human activity, the volume of this gas in the atmosphere is increasing and has now reached levels where even the climate of the globe is experiencing change for the worse. This change is in the form of rising temperatures that are melting more and more of the snow caps at the poles and the mountains. More melt water means rising ocean levels threatening the very existence of man.

If man has to secure his own future, he has to mend his ways and adopt a sustainable way of living whereby our finite resources are used more economically and efficiently, and waste is reduced to a minimum by adopting the principle of recycling and reusing. He has to manage the desire and greed in him in a manner such that he uses the resources in nature to live rather than live to use resources wastefully to satisfy his ego.

Our food and drinking water comes from the earth and the rivers and the seas. Our mineral wealth is in the ground. Our energy resources come from the ground, basins of the seas, waves and tides in the seas, air around us, heat of the sun, dams on rivers, by-products of the food we eat, etc. Oxygen in the air gives us life. It is for this reason our Siri Guru Granth Sahib reminds us that water, air and earth are elements of utmost esteem (as Guru, father and mother) and vital to human beings for their existence.

Simple and balanced living, which meets economic needs and which limits global environmental threats such as climate change and minimizes detrimental effects on human health and safety from hazards such as poor air quality and toxic chemicals, is emphasised in the Siri Guru Granth Sahib:

“Air is the Guru, Water is the Father, and Earth is the Great Mother of all. Day and night are the two nurses, in whose lap all the world is at play”(SGGS, page 8).

“They burn away the bonds of the world, and eat a simple diet of grain and water” (SGGS, page 467).

“Sleep little, and eat little; O Nanak, this is the essence of wisdom”(SGGS, page 939).

“All that the Perfect Lord does is perfect; there is not too little, nor too much” (SGGS, page 1412).

Sustainable existence necessarily means adopting a way of “(economic) development that meets the needs of the present without compromising the ability of future generations to meet their own needs.” (2)

Such sustainable development will be concerned with “achieving economic growth, in the form of higher living standards, while protecting and where possible enhancing the environment – not just for its own sake but because a damaged environment will sooner or later hold back economic growth and lower the quality of life – and making sure that these economic and environmental benefits are available to everyone, not just to a privileged few.” (3)

This type of development is consistent with the simple and balanced lifestyle expounded on in the Siri Guru Granth Sahib Ji. It is a challenge to the Sikhs and their institutions, whether religious or political, social or economic or environmental, to practice and spread throughout the globe the message of our living Guru with respect to the green and sustainable living that is a sure way of saving our planet from over- exploitation and consequential environmental damage by the greed of humans. 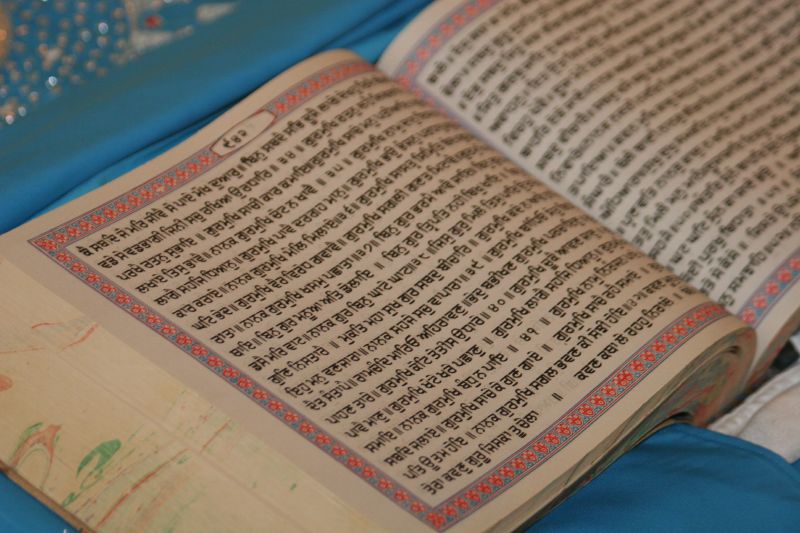