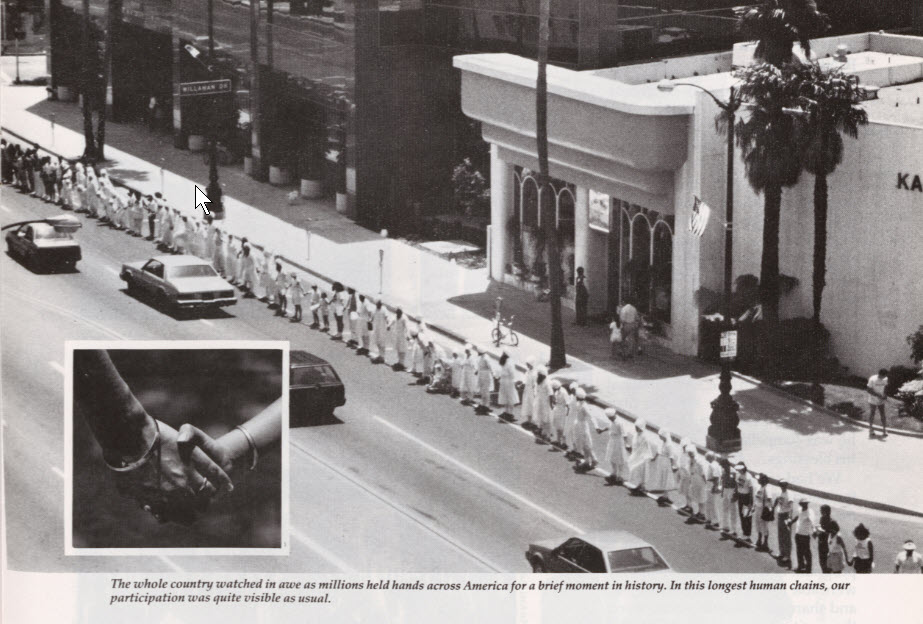 This article was originally published in the 1987, Spring issue of the Beads of Truth (Bead 18, Vol. II)

As the year, 1986 draws to a close, we find ourselves witnessing violence and destruction all about us, and living with the knowledge that weapons exist that can completely destroy this planet and make it uninhabitable for centuries. We recognize that it is customary in the cosmic scheme of things for the transition from one great Age to another to bring chaos and upheaval, but we also understand that our power, through prayer, to transmute and channel this destructive energy is unlimited.

This is also a time when people of faith are rising up and saying with one voice, “PEACE.” The positive polarity to the dismal trend of current society is the emergence of a unity of people of many diverse cultures, religions and political affiliations who are putting aside their differences and honoring their common human desire to survive by working and praying for peace. It is truly a time of great spiritual joy and tremendous growth because of the enormity of the challenges that we all face.

1986 was declared the “YEAR OF PEACE” by the United Nations. Knowing that Peace needs Prayer, the Siri Singh Sahib planted the seed for Peace Prayer Day 1986, in June of 1985 at the Summer Solstice Celebration in New Mexico. Well, the result of his inspired idea was an event that was magnificent!

HANDS ACROSS AMERICA
Of course 3HO folks all across the continent participated in “Hands Across America,” standing in the gigantic line that stretched from California to the New York Harbor, making a statement, declaring a mutual human concern for the plight of those who are hungry and homeless (and helping raise money to feed them).

~ From the “High Times” section of the 1987, Beads of Truth #18, Volume II and written by Shakti Parwha Kaur Khalsa

About Hands Across America

Hands Across America was a public event on Sunday, May 25, 1986, in which approximately 6.5 million people held hands for fifteen minutes in an attempt to form a continuous human chain across the contiguous United States.

Many participants donated ten dollars to reserve their place in line. The proceeds were donated to local charities to fight hunger and homelessness and help those in poverty.

The event raised about $15 million for charities after operating costs.