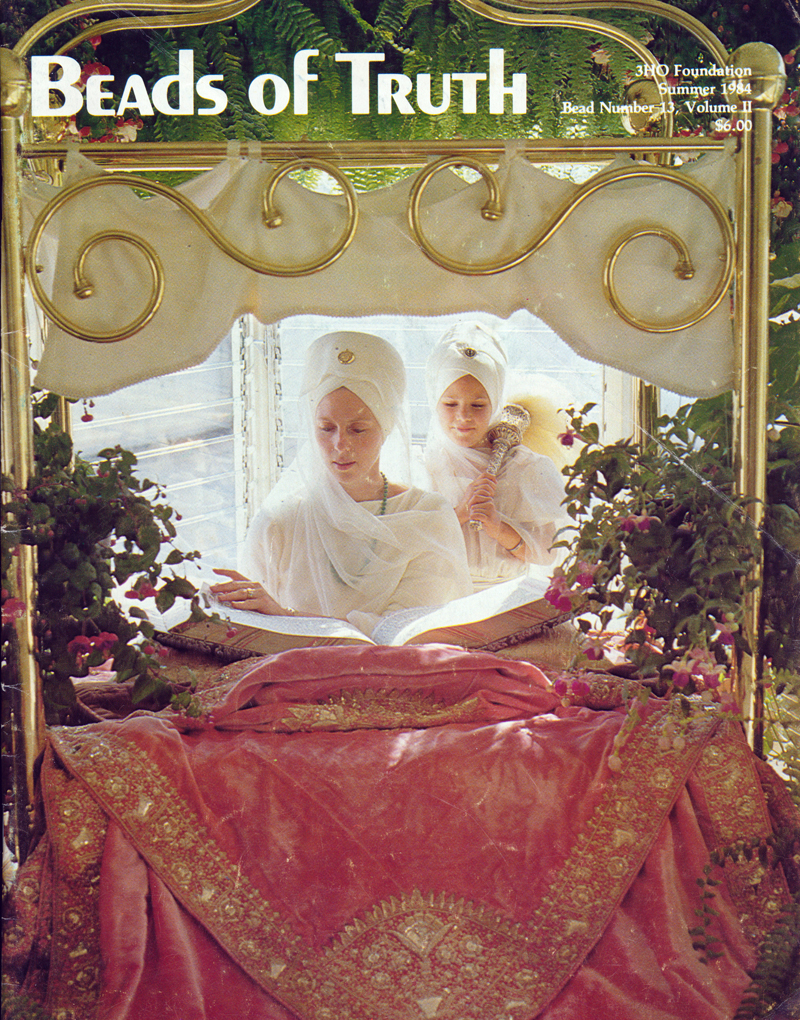 The power and blessings in the recitation of Siri Guru Granth Sahib have been shared with us through the knowledge and experience of the Siri Singh Sahib, Yogi Bhajan.  He has explained how the inner sound current (naad) is tapped and how the recitation of Gurbani alters the mind to give the experience of God within oneself. He has also explained the effects of various shabads (Guru’s bani or Guru’s words) in Siri Guru Granth Sahib, as well as the way to recite Gurbani to gain the maximum benefits.

This article shares some of these teachings, which have been drawn from the vast treasure of his lectures.

What is the Guru? It is the formula for experiencing one’s own divin­ity.

The Science of Naad and Gurbani
Naad means “the essence of all sounds.” All languages contain sounds which relate to one or more of the five elements of air, fire, water, earth and ether. Gurbani is a perfect combination and permutation of sounds relating to all the five elements in complete balance. When Guru Arjan Dev, the fifth Guru Nanak, compiled Siri Guru Granth Sahib in 1604, he only put in those banis which were in naad. These compositions are called Gurbani.

Siri (see + ree) means the entire light of the sun’s creativity, Lak­shmi. Whatever has been created, whatever is possibly created, shall be created or can be created, is called siri.

Guru (gu – darkness + roo – light) means from darkness to light, from ignorance to knowledge. Guru is one who gives you the technology to remove your ignorance about something.

Sahib (saa light, infinity + hib now) is the totality of the here and now.

How Naad Works in Recitation of Gurbani
There are eighty-four meridian points on the upper palate of a human’s mouth. One can feel that upper palate with the tongue and experience its different surfaces. There are two rows of meridian points on the upper palate and on the gum behind the upper teeth. The tongue stimulates those merid­ian points, and they in turn stimu­late the hypothalamus which makes the pineal gland radiate. When the pineal gland radiates, it creates an impulsation in the pituitary gland. When the pituitary gland gives impulsation, the entire glandular system secretes and a human being obtains bliss. This is the science.

Gurbani is the combination of the tongue with the meridian points. When you read and recite Gurbani, it stimulates your hypothalamus. It is totally different than any scriptures because Gurbani is made in a scientific way. There are two banis: kachee bani is that which does not fit on the naad. It is not a balanced sound current. Pa­kee bani is that which fits on the naad and is balanced. One who knows the naad knows the aad, the primal creativity. One who knows the aad is Parameshwar, the Su­preme God.

The whole language of Gurbani has the power to make a person divine, just in its recitation, if done correctly. One need not be con­cerned with the meaning for a change in consciousness. Bani has to be understood by the heart, not by the head. There is no power in the head, it is in the heart. The head is for God and the heart is for you. That is why Guru Gobind Singh asked for the head, and not for the heart. “Whosoever lives with head to God and heart for self, that prayer is complete.” (Siri Singh Sahib ji)

The entire Siri Guru Granth Sahib is the calling of the Beloved and it is in naad.

The following are the daily banis given by Guru Gobind Singh and their relationship with the five tattvas (elements):

Read the Part 2 of this article. 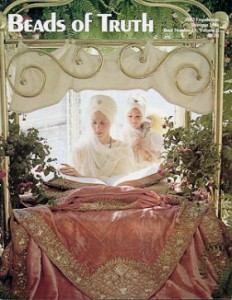