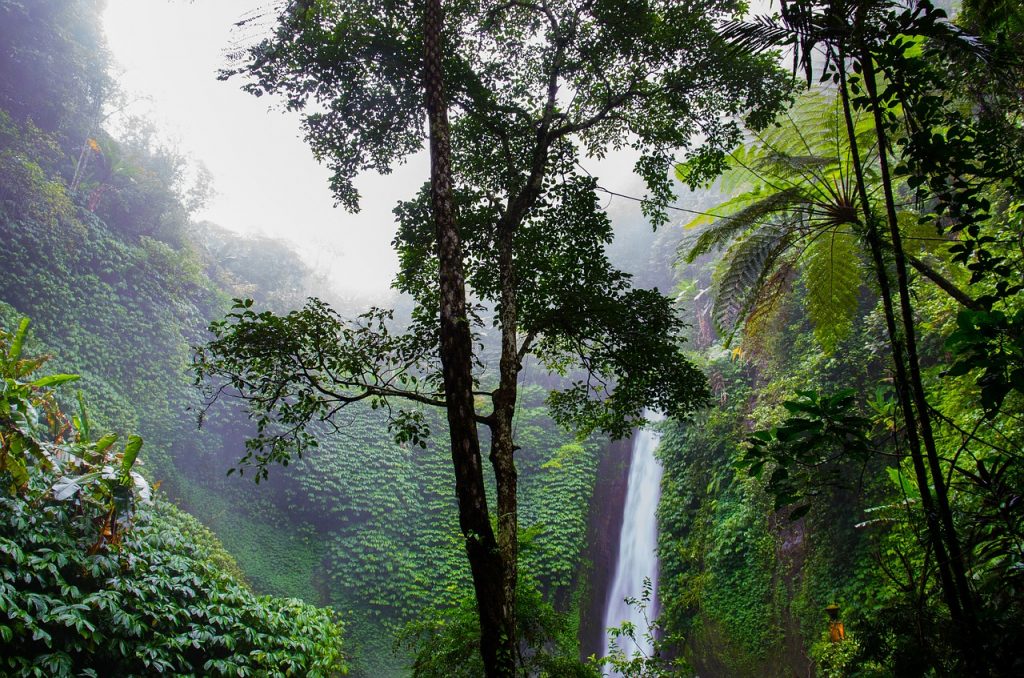 Image by Rudy and Peter Skitterians from Pixabay.

Note: the month of Saawan typically takes place mid-July through mid-August on the Gregorian Calendar.

In the month of Saawan, the soul-bride is happy, if she falls in love with the Lotus Feet of the Lord.

Her mind and body are imbued with the Love of the True One; His Name is her only Support.

The pleasures of corruption are false. All that is seen shall turn to ashes.

The drops of the Lord’s Nectar are so beautiful! Meeting the Holy Saint, we drink these in.

The forests and the meadows are rejuvenated and refreshed with the Love of God, the All-powerful, Infinite Primal Being.

My mind yearns to meet the Lord. If only He would show His Mercy, and unite me with Himself!

Those brides who have obtained God-I am forever a sacrifice to them.

O Nanak, when the Dear Lord shows kindness, He adorns His bride with the Word of His Shabad.

Saawan is delightful for those happy soul-brides whose hearts are adorned with the Necklace of the Lord’s Name.  || 6 || 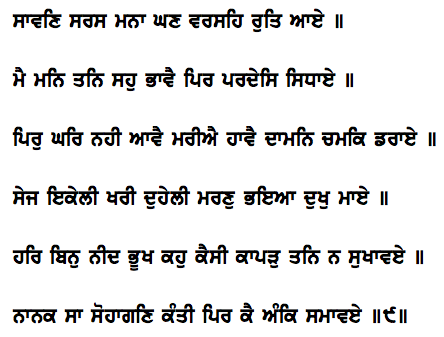 In Saawan, be happy, O my mind. The rainy season has come, and the clouds have burst into showers.

My mind and body are pleased by my Lord, but my Beloved has gone away.

My Beloved has not come home, and I am dying of the sorrow of separation. The lightning flashes, and I am scared.

My bed is lonely, and I am suffering in agony. I am dying in pain, O my mother!

Tell me – without the Lord, how can I sleep, or feel hungry? My clothes give no comfort to my body.

O Nanak, she alone is a happy soul-bride, who merges in the Being of her Beloved Husband Lord. || 9 ||