Along the Parkarma, we take the full round,

At the threshold of Hari Mander, head bows to the ground.

Are all washed away along with destiny’s debt.

Wisdom, meditation, illumination of the Divine,

All become deeply instilled in the mind.

You hear the inaudible current of sound,

And invisible things before the mind’s eye abound.

In union with God, your soul will delight,

For so it is destined by the Master of Life. 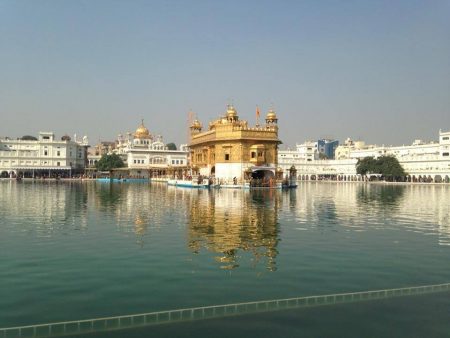 Here is “God’s Light” as it originally appeared in Beads of Truth, originally published under the title “Illumination of the Divine” in Bead 10, Volume II (Summer 1983). 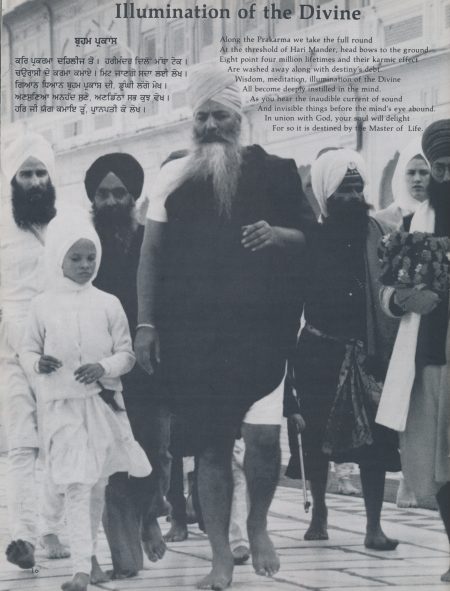