We join with Sikhs around the globe in celebrating the birthday of Guru Nanak Dev Ji, the beloved founder of the Sikh faith.

Guru Nanak was inspired by a powerful spiritual experience that gave him a vision of the true nature of God, and taught that the way to spiritual growth was through meditation and living in a way that reflected the presence of the divine within each human being.

Guru Nanak carried the message of peace, love and equality for all of humanity.  He taught the Oneness of all; that there is only One Creator and One Creation, whose identity is Truth.

Guru Nanak was an original spiritual thinker and expressed his thoughts in extraordinary poetry that forms the basis of the Sikh teachings.  He composed 974 hymns, including Japji Sahib, Asa-Di-Var, Bara Maha and Sidh-Gosht, which were included in the Siri Guru Granth Sahib by Guru Arjan Dev Ji. The beginning of JapJi Sahib, the Mul Mantra, contains the essence of his teachings: 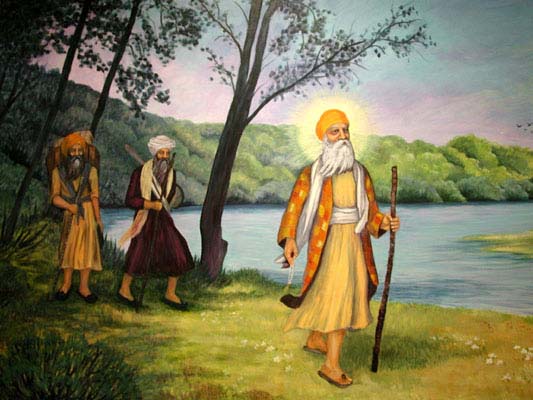 More than 500 years ago, in the skies of India, there were dark, dark clouds.  Righteousness was nowhere to be found.  It was into these times that Guru Nanak travelled throughout the land, bringing the message of Universal Truth, Divine Love and Equality of all mankind.May we live to serve and spread the blessing of Guru Nanak Dev Ji, that all may live in peace and tranquility.