In December, I was invited to attend the celebration of Guru Nanak Devji’s birthday at the White House.   I learned this was not the first, but the third annual celebration.  Before I went, I took a hukum from the Siri Guru Granth Sahibji and received the blessing by Guru Arjan Devji at the bottom of page sixty-nine.  The hukum spoke much about Such, Truth: living Truth, taking Truth as food and clothing, being Truth, speaking Truth, seeing Truth, and more.  My first thoughts were, “I’m going to the White House, the bed of politics and often corruption and lies, Guruji let me carry this message of Truth and light in my being as I go there.”

Once I got to the White House however, my perspective changed.  I, along with many other Sikhs from around the country, were there to celebrate Guru Nanak Devji, the seeker of Truth.  We all took our shoes off and entered a room set up for us by a young Paul Monteiro who was in charge of public engagement and interfaith work at the White House.  I came to know that his connection to the Sikh community was nothing new, and that all leaders present of Sikh organizations and Gurdwaras knew him personally.  They dubbed him as Paul Singh.  A young lady then led the Ardas.  Bhai Niranjan Singh played shabads in praise of Guru Nanak Devji so beautifully, and we all sat, meditated and sang.  Even Paul sat with his eyes closed in meditation.

Then all who spoke, spoke of Truth.    Amar Singh from Sikh Coalition raised the question that if Guru Nanak Devji’s lived in America, where would he start a Gurdwara today.  He answered that it is unlikely to be in the comfortable suburbs, but in inner cities where the assistance of Sikhs are needed.  Harbir Kaur explained how Guru Nanak was her hero as a child, and her wish is that all children in schools learned of Guru Nanak Devji to benefit from his amazing teachings.  She talked about this in conjunction with Sikhism being included in all California textbooks, and the newly designated Sikh Awareness Month of November in California.  The representatives from the Department of Justice also spoke about the spirit of the Sikhs, especially in responding to the tragedy in Oak Creek, Wisconsin.  These representatives were in Oak Creek the week before with the sangat, some of whose members were also in attendance. I learned this was one of the Department of Justice’s many visits to Oak Creek.

There was much shared about the great work these modern day saint-soldiers have done and are doing for all Sikhs and seekers to practice their faith fearlessly in America.  They have trained the Transportation Security Administration (TSA), thousands of police officers, political representatives across the country, and been on CNN, Fox, PBS and dozens of news outlets to teach about Sikhs.  They have made an iPhone application called “FlyRights,” have anti-bullying campaigns, won lawsuits of employment discrimination, and worked as a primary aid organization in disaster relief, to name a few of the accomplishments.

Yet, the celebration was not so much about Sikhs being recognized and heard as a minority community; it was more about sharing the teachings of Sikhi so others could know its greatness and experience the love, equality, humility, generosity, fearlessness, grace and Truth that the Gurus and this path have to offer.   Sikh Dharma Worldwide as an organization and collective consciousness has a place in this larger sangat as well.  As Sikhs we don’t proselytize, but our practice as yogis and with the Shabad Guru opens this path to so many who are yearning to learn and experience more of it.  At the Winter Solstice celebration
in Florida, we had a wonderful lunchtime discussion about the opportunities of this organization to grow, develop and be ready to serve such seekers.  My hope and prayer is that in the spirit of chardikala we hold tightly to Guruji’s feet and create more avenues for the pure love, devotion, fearlessness, and consciousness of Sikh Dharma to reach deeper within ourselves and to those hearts waiting to have the experience of Guruji’s darshan. 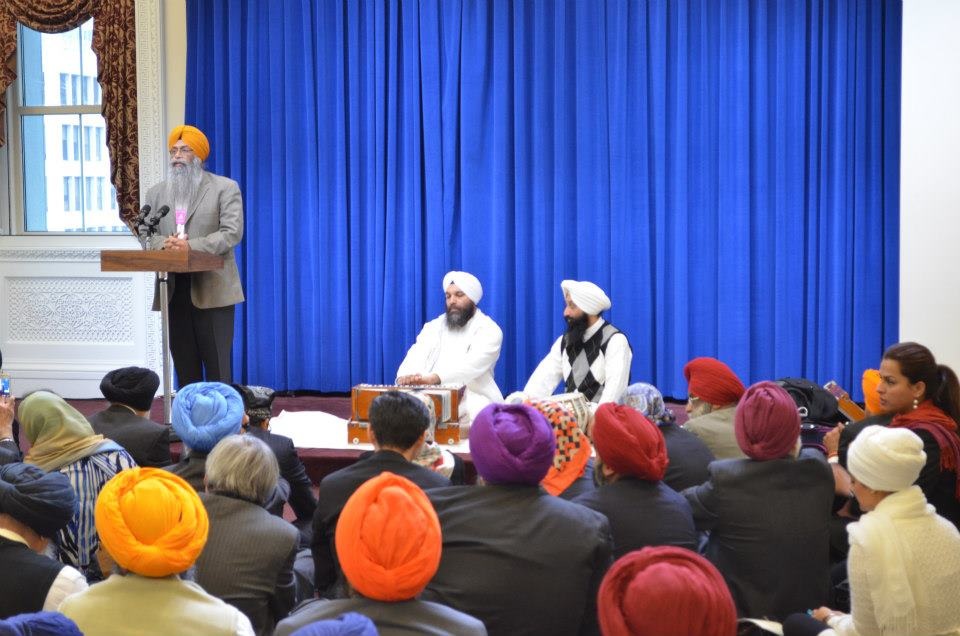 Links to main organizations mentioned above:

The iPhone application is called “FlyRights”
by The Sikh Coalition.