It has been 45 years since I embarked on this sacred path of Kundalini Yoga and Sikh Dharma. Along the way there have been many blessings that have helped me understand the concept of sacredness, and to begin to integrate it within my being.

I consider myself fortunate to have had the Siri Singh Sahib’s (Yogi Bhajan) regular guidance. Many years ago he told me, “Son, you need to penetrate in your meditation.” It took me nearly ten years to learn to “penetrate or deeply focus’” with one-pointedness of mind during meditation and experience the benefits.

At the last Man to Man course the Siri Singh Sahib taught in 1997 in New Mexico, he shared that all we had to do in meditation was deeply listen to our own repetition of the mantra we were chanting. Our minds can wander so easily; yet if we practice holding our focus, it can help us to access the inner vitality that can neutralize all our mental and emotional stresses.

Because the Siri Singh Sahib had advised me about the importance of “employing riveting focus” during meditation, I took these words of the Master to heart:

“It is most powerful when we chant and listen to our sound at the same time. If we chant only, it has half the power. Chanting and listening to the chant at the same time engages the higher consciousness, the circulatory system and the nervous system. When you develop this listening power, you will be able to analyze what is good for you and what is not whenever another person talks. It is a very simple way to have knowledge.”—The Siri Singh Sahib (February 13, 2001)

Through the grace and blessings of the Siri Singh Sahib and the One, I have been integrating the practice of deep focused meditation in my daily morning sadhana for several years now. It has been helping me to learn about myself and allowing me to leave behind useless behaviors. 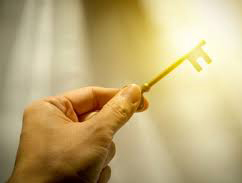 I believe there are three key elements necessary for us to grow and flourish along this spiritual path: 1) Get out of your comfort zone and serve others (do seva) consistently and with a smile; 2) Eat simple, healthy, yogic, vegetarian food and stay fit through engaging in some kind of exercise; and 3) Be very disciplined with the various yogic systems, technologies and teachings that Yogi Bhajan (and Sikhi) give us.

The Siri Singh Sahib always encouraged us to “Do sadhana!” It was his constant message to those of us who had the good fortune to spend time with him while he was here on the earth plane, and to anyone who asked how to succeed in life.

During the first 20 years that he taught in the West, Yogiji urged his students to learn martial arts in order to protect ourselves. From my many years of martial arts training I’ve learned that it can be very therapeutic to “practice fight” with respected partners. It can be deeply relaxing and empowering to seriously spar.

Fear and self-doubt flee as you embrace this wonderful complement to our Kundalini Yoga and Sikh Dharma lifestyle.

For those less inclined to pursue martial arts, it’s also possible to sink deeply into archer pose with very long deep breathing for a minimum of 3 minutes on each side and up to 11 minutes on each side. There you can play a recording of Jaap Sahib or Chattra Chakkra Varti to support a fearless warrior spirit. (Historically, Sikhs in battle would use archer pose toward the same purpose.)

Similarly, you can build fearlessness through the daily Aquarian Sadhana practice of sitting on the left heel in Vir Aasan (also referred to as hero or warrior pose), with the hands in prayer pose, eyes open and fixed at the tip of the nose while chanting Waheguru Waheguru Waheguru Wahe Jio for 22 minutes. Knowing how deeply insecure we could be, Yogiji made this segment* of the Aquarian Sadhana mantras more than three times longer than the other segments! 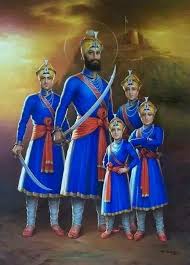 The Siri Singh Sahib also encouraged us to consider Guru Gobind Singh as our father. Guru Gobind Singh was an amazing humanitarian, poet and saint-soldier who fought tyranny and severe religious oppression in India in the late 1600s/early 1700s. (A wonderfully inspirational book about him that I cherish is Founder of the Khalsa – The Life and Times of Guru Gobind Singh, by Amardeep S. Dahiya.)

During Guru Gobind Singh’s youth, the Moghul emperors enacted a “convert to Islam or die” policy. Guru Teg Bahadur nobly sacrificed his head rather than his religion in support of the right for all humans to worship as they chose.

As a boy, Guru Gobind Singh practiced various martial arts and trained in the use of all the weapons of those times. As the Guru, he led his Sikh warriors into numerous battles to preserve freedom, dignity and justice for all peoples. Yet, in his mercy he used gold-tipped arrows so that the families of the fallen enemies could survive after the loss of their loved ones.

All practices that strengthen our aim to manifest courage and fearlessness in defending the innocent will come to assist us when we are called to bring honor and justice to those who are being marginalized in any way.

In today’s world, arrogance, ignorance and intolerance are more plentiful than we could have imagined. I believe it is incumbent upon us as Khalsa sons and daughters of Guru Gobind Singh and students of the Siri Singh Sahib to embrace our birthright to embody the spiritual warrior, wisely confronting those situations where we might be called to intercede, and to do so with all grace and dignity.

*(Editor’s Note: Meditating for 22 minutes allows the three minds, i.e. the negative, positive and neutral minds) to come into balance and begin to work together, allowing the subconscious mind to clear.)

SS Jot Singh Khalsa is an ordained Sikh Dharma Minister. He has practiced and taught Kundalini Yoga and meditation for 45 years, and studied directly with Yogi Bhajan for over 30 years. He is a world-class award-winning artist/craftsman and designer whose work has been featured on book covers, magazine covers, in museum exhibitions and in print media published in nine languages. He shares life experiences born of deep commitment to his sadhana, his Dharma (serving as a Sikh Dharma minister, Khalsa Council member and Solstice kitchen manager for over 30 years), his marriage, his business and its legacy, and the martial arts. He is the author of the recently-published The Essential Element on the core teachings of Yogi Bhajan on morning sadhana. For more information, visit: www.TheKhalsaRaj.com and www.KhalsaKirpans.com