I had to do something to break up the monotony of life, so I borrowed a colleague’s scooter and went grocery shopping. I know what you are thinking: who goes grocery shopping to relieve stress. But, before you judge, let me explain. When you live on a campus with 130 people for nine months, sometimes you have to just get on the scooter and buy a loaf of bread and eat a samosa at Raju Sweets. In general, personal mobility is just a freeing experience.

On the way back from my little excursion, I passed Chheherta Sahib gurdwara named for an abundant well that Guru Arjan ordered to be sunk. In recent years, it has been renovated and its surrounding grounds are still being developed. I turned off my critical “this now looks like every gurdwara ever in Punjab, thanks SGPC, blah blah blah…” and decided to visit.

Gurdwaras have this happy effect on me whenever I visit them. They, like I mentioned in my previous article, feel like hugs. My heart is warmed to see people simply sweeping the floors or serving langar. One woman touched the floor at the threshold of the langar hall as she left. That alone was beautiful. People’s devotion humbles me.

I walked into the gurdwara. The ceiling towered overhead and the ragi’s voice rang through the cavernous hall. His voice was melancholic and longing. He wore dark sunglasses due to vision impairment and his white beard hung over his chest.

I sat just behind the ragis and locked into a deep meditation, which is rare for me. I’m a thinker, which can get in the way of meditation, because I am always curious of my surroundings. But today was different. I needed to just cool my mind. I am so thankful that I was raised in a community that pays such close attention to developing good habits. When I get stressed, I turn to gurbani and meditation (well, after the Ben & Jerry’s and several episodes of The West Wing (Bartlett 2016!) anyway). Today was no different. Sometimes I forget just how effective sitting and listening is. 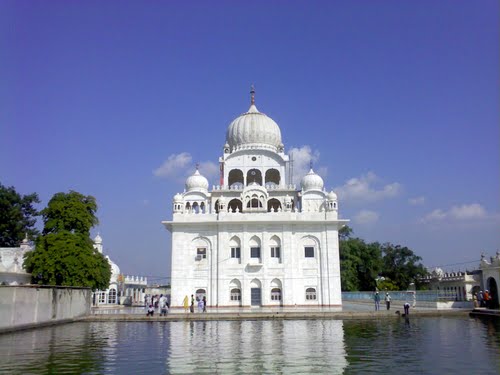 A thought came to me.  I think religion, in its purest sense, is just learning how to love. And bowing to something or someone who has mastered love, be it through experience, meditation, study, revelation, or otherwise. When I thought about religion in that way, it occurred to me as very funny to expect people to adopt a garb or behavior simply for the sake of “being supposed to”. I was transported. My eyes were clamped shut for near 45 minutes and when I opened them it was to the ending saloks of the ragis.

Needless to say, my mind was soothed. I went through the day, my load a little lighter. Meditation is so important! It’s the essence of what we do. It’s like brushing the teeth of your mind (that’s a funny image). By that I mean humans need quiet and time for reflection and contemplation, without it things build up. I’ve never seen meditation really eliminate individuals’ core character flaws or idiosyncrasies. But I have seen meditation give people the poise to see those flaws and laugh pretty hard and still choose love over hate, even if they are really proud of expounding their deep knowledge of Battle Star Gallactica. Hey, we’re not all perfect. 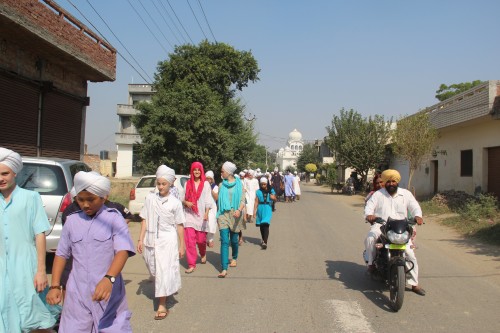