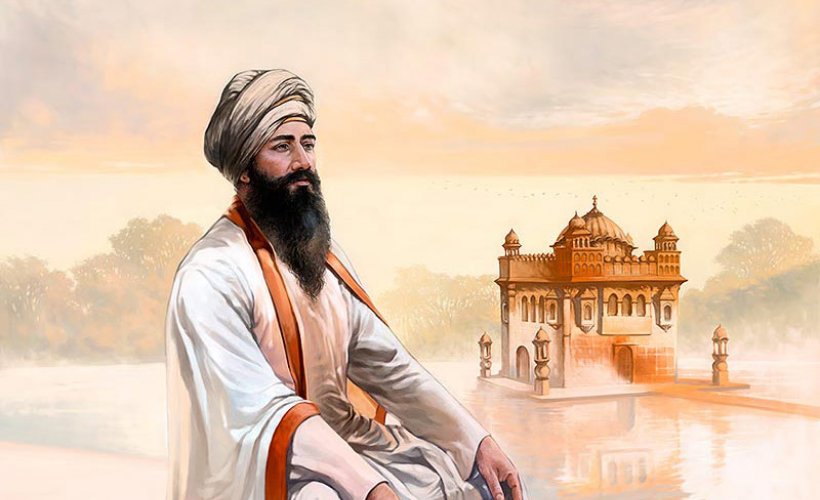 Just a few years before Guru Teg Bahadur was given the throne of Guru, Moghul emperor Aurangzeb rose to power by deposing and imprisoning his father, Shah Jahan and killing his rival brothers. Although he claimed to be following a pious life as a Muslim, Aurangzeb’s 49-year rule as emperor was a time of the most cruel and brutal acts of tyrannical repression against anyone who did not embrace his strict interpretation of Islam than any time in history. He decreed millions of forced conversions of non-Muslims and the destruction of thousands of temples throughout India.

As the Pundits and Brahmins of Kashmir were regarded to be the most devout among all Hindus, Aurangzeb decided that he would specifically target them in his campaign of forced conversions with the idea that if the Kashmiri Pandits were converted to Islam, then other Hindus would easily become more submissive. The Emperor sent a decree to the Kashmiri Pandits that they had a short window of time to decide to either convert to Islam or be put to death.

Beginning with Guru Nanak, there had been a relationship of mutual respect between the Sikhs and the Pandits of Kashmir. Since the time of the sixth Guru, Guru Hargobind, the Sikhs had earned the reputation of defenders of righteousness. So, it was to be expected that the Kashmiri Pandits would turn to the current Guru of the Sikhs, Guru Teg Bahadur, in their hour of need.

Guru Teg Bahadur then traveled to Delhi, where the Emperor had him arrested and tortured. After weeks of torture, there was no change in his commitment to his religious beliefs, and he told the Emperor he would give up his life before giving up his religious commitment.  Aurangzeb had Guru Teg Bahadur publicly beheaded, and as a result of that sacrifice, the Kashmiri Pandits were spared further harassment.

Despite a decree that anyone who moved the body of the Guru would be sentenced to death, under the cover of a nighttime storm, Guru Teg Bahadur’s body was collected by a devoted Sikh who then cremated the Guru’s body by burning it in his own house to cover up the cremation. Guru Teg Bahadur’s severed head was secretly carried to Anandpur Sahib where young Guru Gobind Rai had it formally cremated with all due respect.

The sacrifice of Guru Teg Bahadur cemented in place, at the core of Sikh values, the importance of standing up and defending religious freedom for all people. Today, as our world is being seemingly pulled apart by fundamentalist sectarian and religious violence, we can call on the memory of this saintly demonstration of how to resist tyranny; whether that tyranny takes the form of the threat of physical violence or by the tyranny of ridged, fanatic ideology.

Guru Gobind Singh wrote about his father’s sacrifice as follows:

He burst the bonds of mortal clay and went on to the abode of God.

No one ever performed an act as noble as did Teg Bahadur.

With the departure of Teg Bahadur the world was stricken with sorrow.

A wail of horror rent the earth, a victor’s welcome by the dwellers of heaven.