My dear friend and spirit brother Sada Sat Singh has passed into the light. We both served Yogi Bhajan for many years in Los Angeles and formed a bond in that 24-hour-a-day seva. In the beauty and the spiritual challenge of it, we were spirit soldiers on a mission. During that time, Yogi Bhajan relied on Sada Sat Singh for a multitude of tasks.

A humble seva that Sada Sat used to perform was to clean up the backyard of Yogi Bhajan’s residence at Guru Ram Das Ashram each morning. I was thrilled to take over the responsibility when I moved to Los Angeles. I have a cherished memory of Sada Sat Singh showing me the ins and outs of how to do it properly; how to coil the hose, where to find the broom, and how to clear leaves off the walkway.

In the performance of this kind of seva one connects with the subtle body of the Master and in turn with the Infinite they serve. I felt incredibly blessed to be cleaning those walkways.

Sada Sat Singh was also head Jethadar of the Los Angeles regional community board [for 3HO and Sikh Dharma]. Yogi Bhajan had suggested the board do a retreat for one weekend a year, to convene, discuss, plan, and return with ideas.

Those trips were full of fun and camaraderie, with the board members renting a house in the woods, stocking it with pancakes and hours upon hours of action VHS videos, and driving up there in Sada Sat Singh’s big blue Jeep. There was a lot of yoga, a lot of laughter, and, yes, we got a lot of work got done as well.

The Seeds of Yogi Tea Company

One day, in the mid-1980s, Yogi Bhajan was standing on the sidewalk in front of Guru Ram Das Ashram with a few others, as he often did, with people enjoying his energy and attention. Yogiji placed one of his big heavy arms on the shoulders of Sada Sat Singh and the other on Guru Simran Singh. Those arms were amazing, as though both the weight and the light of the universe was in them. He took a moment and then exclaimed with great enthusiasm, “We are going to start a yogi tea company.”

They both listened intently, although with a slight “deer in the headlights” look, and their simple devoted response was, “Yes, Sir.” They did not have any idea what starting yogi tea production would be like, and I remember thinking at that moment, wow, that’s going to be an uphill endeavor to get the word out about something the most of the world didn’t know about.

Yogi tea was a folk recipe that Kundalini yoga students made at home by boiling the whole spices on the stove for 45 minutes. Sada Sat Singh and Guru Simran Singh worked very hard to make Yogi Bhajan’s vision come to life, blending the spices by rolling barrels in the driveway, and traveling to every food product fair they could around the country.

Little by little that spark ignited a flame, the company grew steadily, and the Yogi Tea company was off and running.

In another very intense situation, Sada Sat Singh was walking with Yogi Bhajan and a few others in a park near the ashram when a crazed attacker came rushing towards them swinging a golf club.

They were able to subdue the attacker, but in the scuffle the fiberglass handle of the attacker’s golf club broke right across Sada Sat’s palm as he deflected the blows, cutting deeply. A deep gash opened that instantly gushed with blood. Sada Sat Singh was taken to the hospital to be stitched up.

When he returned to see Yogi Bhajan, Yogiji had tears in his eyes and said with gratitude, “I never got to bleed for my teacher.” So that was Sada Sat Singh’s karma and privilege, and I saw how much love and bond there was between them. Now it had become a blood bond.

Years before I was married, my wife-to-be, Guru Kiren Kaur, arrived from Mexico to serve as a secretary to Yogi Bhajan. He asked the Sada Sats, as Sada Sat Singh and Sada Sat Kaur were known, to give her accommodations.

Their house was known as “Guru’s House,” just a few houses down Preuss Road from Yogi Bhajan’s residence and the gurdwara. Guru Kiren Kaur lived there for several years. After she and I were married and our first daughter, Hari Rai Kaur, was born, we asked the Sada Sats if they would be her godparents, to which they lovingly agreed. 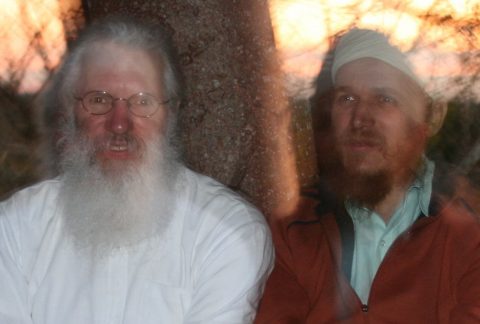 In the 2000s, the Sada Sats moved to Italy, with the blessings of Yogi Bhajan, to fulfill a vision. They began renovating an old stone pilgrim station in the hills of Umbria near Assisi, which became a teaching center.

Sada Sat Singh and his wife, Sada Sat Kaur, taught many aspiring yogis with wisdom and dedication. Sada Sat traveled extensively in Europe dedicating his life to teaching Kundalini Yoga as taught by Yogi Bhajan. He continued teaching until shortly before his passing.

I was looking back through old photos albums and found a special memory. We had been swimming in a cenote, the deeply spiritual underground water sources in the Yucatan, and were feeling relaxed and connected with earth, sky, and spirit.

The camera did something unusual and in that double exposure, it seemed to have captured a spirit essence in both of us. We are much more than flesh and blood.

God bless you Sada Sat Singh Ji. May you soar into the light and may you enjoy laughing to the ends of the universe! Thank you for your visit, your service, and your humanity. Love to you. Love to Sada Sat Kaur. Love to your family and friends. Love to your students. Love to all. 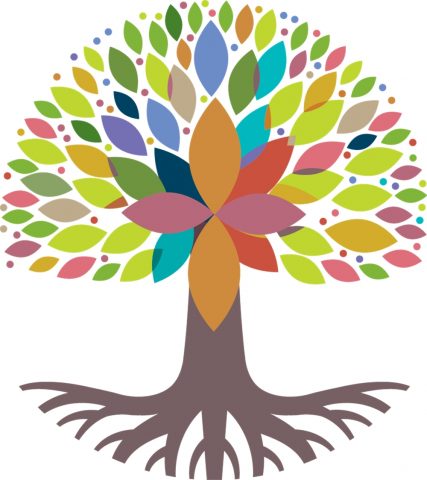 Tonight I got a text message that Sada Sat Singh had transitioned from physical to non-physical.
Tonight I heard a song with lyrics that said: “Legacy. What is a legacy? It’s planting seeds in a garden you never get to see.”
Tonight I felt the loss of one of the gardeners of the Sikh Dharma and 3HO communities. Sada Sat Singh’s legacy has already been set in the many businesses he founded and grew and in the hearts and minds of the many students that benefited by his knowledge, wisdom, humor and beneficent nature.
His spirit always took precedence over his body and mind. His devotion and reverence for his teacher was his touchstone. He thrived on teaching and serving. He was a great example for those who knew him and will be for those who didn’t.  I will miss him.

Sada Sat Singh shared about his healing journey with cancer on his blog, sharing his experience of spiritual and personal growth. As his Soul travels into the Light, we send love, light, prayers, and blessings to his wife, Sada Sat Kaur and his family, friends, and students who were blessed to share this earthly journey.

Khalsa-ji MSS Sada Sat Singh was a Master Teacher of Kundalini Yoga, Tantric Numerology and the Science of Breath. He was an ordained Sikh Dharma Minister (receiving the honorific “Khalsa-ji” in the early 1980s). As a direct student of Yogi Bhajan since 1970, Sada Sat Singh was a co-founder of the Yogi Tea Company. He held a University Degree in Nutrition and Health Sciences and was a Certified Herbalist working with western science as well as yogic technology and Ayurvedic wisdom to help people experience optimum health.

Sada Sat Singh was the General Director of the International European Yoga Festival each summer in France and served on the Board of Directors of 3HO Europe. As a Trainer for all Levels of Kundalini Yoga, he served to help create the next generation of Kundalini Yoga teachers. His classes were filled with wisdom, kindness, and great stories of over 45 years of yogic practice.