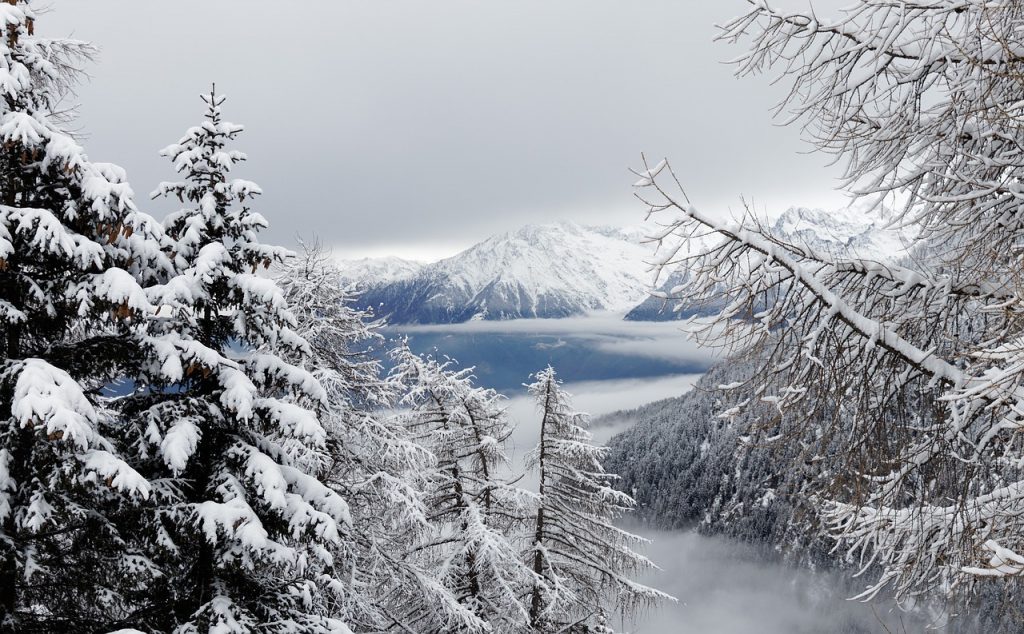 Note: the month of Poh typically takes place mid-December through mid-January on the Gregorian Calendar. 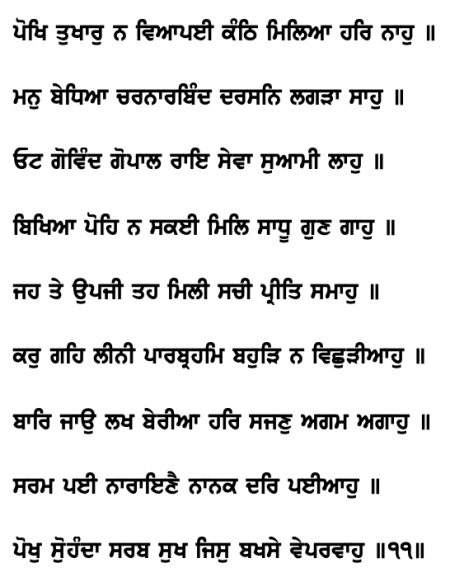 In the month of Poh, the cold does not touch those, whom the Husband Lord hugs close in His Embrace.

Their minds are transfixed by His Lotus Feet. They are attached to the Blessed Vision of the Lord’s Darshan.

Seek the Protection of the Lord of the Universe; His service is truly profitable.

Corruption shall not touch you, when you join the Holy Saints and sing the Lord’s Praises.

From where it originated, there the soul is blended again. It is absorbed in the Love of the True Lord.

When the Supreme Lord God grasps someone’s hand, he shall never again suffer separation from Him.

I am a sacrifice, 100,000 times, to the Lord, my Friend, the Unapproachable and Unfathomable.

Please preserve my honor, Lord; Nanak begs at Your Door.

Poh is beautiful, and all comforts come to that one, whom the Carefree Lord has forgiven. || 11 || 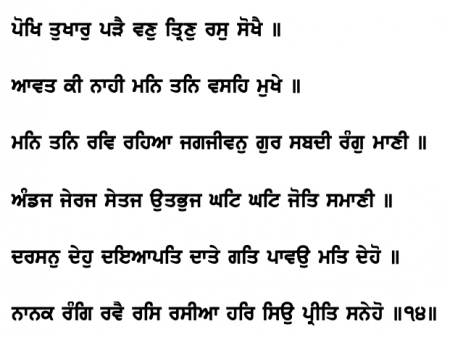 In Poh, the snow falls, and the sap of the trees and the fields dries up.

Why have You not come? I keep You in my mind, body and mouth.

He is permeating and pervading my mind and body; He is the Life of the World. Through the Word of the Guru’s Shabad, I enjoy His Love.

His Light fills all those born of eggs, born from the womb, born of sweat and born of the earth, each and every heart.

Grant me the Blessed Vision of Your Darshan, O Lord of Mercy and Compassion. O Great Giver, grant me understanding, that I might find salvation.