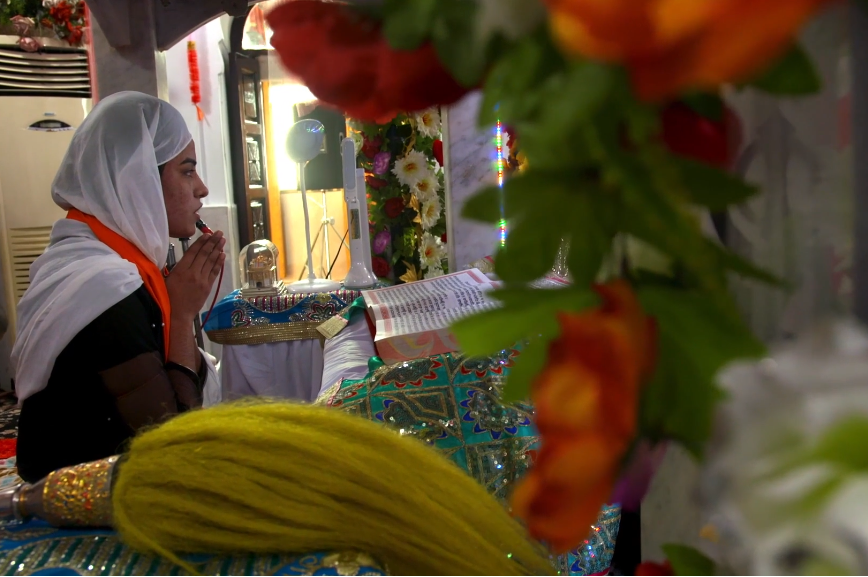 This content was originally shared by the National Sikh Campaign.

Guru Nanak sought to elevate the status of women in Sikhism

Guru Nanak insisted that women deserve the same treatment as men. The holy scriptures of Sikhism state that women are entitled to the same rights and privileges as men, and women are allowed to lead congregations, as well as serve as spiritual leaders in the Sikh faith.

When Sikhism was founded, Guru Nanak’s decision to advocate for the equal status of women was revolutionary. During Guru Nanak’s time, women were not given economic freedom, education, or independence, and were never seen in the political realm. They were expected to serve men and to quietly run the household.

After Guru Nanak experienced the revelation of truth and he understood the equality of all people, he began to speak out against the long subjugation of women, questioning the traditions of oppression that had long condemned them to remain in the shadows of life.

Today, Sikhism encourages women to seek leadership roles in the faith, including leading congregations. Women work with men during langar (community kitchen) and join the sangat (congregation), as well as participate in all other social and religious activities in the gurdwaras (Sikh place of worship).

A Tradition of Empowering Women

In spite of long standing social oppression of women, the Sikh Gurus have always proclaimed a women’s right to equality. At a time where customs like child marriage and sati, or the burning of a widow on a husband’s funeral pyre, were common, Guru Nanak spoke out against women’s oppression. He insisted that they receive equal treatment as they are equal in the eyes of God.

Sikh Women are Important Figures in the Faith

Guru Nanak had a close relationship with his older sister, Bebe Nanaki, and she is an important figure in the Sikh faith. He was sent to live with her at the age of 15, and she is said to have been his first follower, recognizing his enlightenment as he grew.

Other Gurus followed in Guru Nanak’s footsteps, breaking more barriers and customs over the years. Guru Angad fought for the education of all Sikhs, including women.

Guru Gobind Singh made the Khalsa initiation ceremony open to women, encouraging them to keep the 5 Ks as men do. The word Khalsa refers to both people who consider Sikhism to be their faith, as well as those who have gone through the ceremony. Guru Gobind Singh taught that the Khalsa must not associate with kanyapapi, or those who sin toward women. He also demanded that any women captured in war time would be treated with respect, never taken as slaves or wives.

The Role of Sikh Women in Today’s World

Today, Sikh women hold critical roles in Sikh gurdwaras; they are free to work as granthis, or ceremonial readers of the Sikh Holy Book, Sri Guru Granth Sahib, or to lead congregations

Women have also always been free to wear the turban, although many did not choose to do so as, culturally, it was traditionally worn by men. Recently, more Sikh women have also begun to adopt the turban, which is a symbol of the universal equality of all mankind. 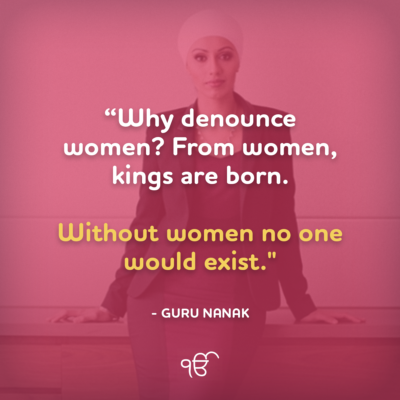