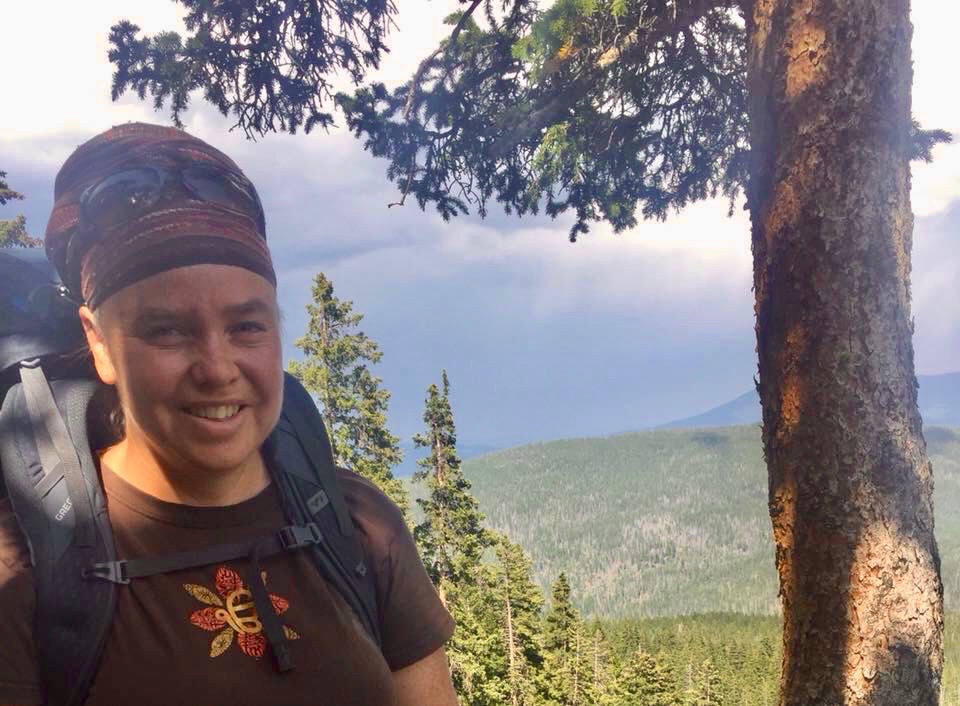 Do teachings or stories from Sikh Dharma inspire your commitment to serving Mother Earth?

I’m very influenced by this Shabad of Guru Nanak, it’s part of Asa Di Vaar – every line starts with this word, which means “wondrous, wonderful.” The Guru just goes through all the beauty and wonder of creation. And this shabad really touches my heart. To me, this speaks to acting out of love, not out of fear or anger. But out of love for all the creation.

I think that as Sikhs, we’re here to love and to fight for what’s right. We’re also the Saint-Soldier. It’s not just that we meditate, and have the capacity to have peace of mind and bring a Chardi Kala spirit when we’re in the midst of something dire and depressing – it is really important as a Sikh to take that role. But I also think that it’s important to get out there and fight. We don’t just sit around and watch TV, or sit around and meditate – we engage ourselves in the world.

As someone who really loves the Guru, one of the things that I feel is that there’s this tension – because one of the teachings of the Guru is that all of this is maya, it’s all an illusion, it’s all going to come to an end. Everything does. It’s all temporary. Nothing is good or bad. It just is what it is. But I don’t think that precludes us from appreciating the beauty of creation. And the wonder of it. And taking action as a Sikh to protect the beauty of it. I can’t imagine not having that connection with the Guru to keep my balance in all of this.

What do you consider the most important planetary actions we as global citizens should be taking to help the planet?

I think the absolute most important action is to be politically involved. Scientists at this point have basically said that there’s no amount of individual action that can have the necessary impact to save the planet. Even if half the people on the planet woke up and said “I want to do everything I can possibly do in my life to reduce my carbon footprint” it wouldn’t be enough. We’ve reached the point where being involved politically to transition the whole economy to a renewable energy economy is pretty much the only option – through policy and regulatory changes.

How are you taking these actions in your community?

I’m involved in three ways –  the first is that I’m involved with a progressive group in New Mexico that focuses on local climate legislation. I donate my technical skills in website management and communications. We personally promote, and encourage others in our state to promote, renewable energy and other progressive legislation at the state government level. We also oppose the passage of bills that would carry negative environmental ramifications.

The second thing I’m involved in is Extinction Rebellion – an organization that began in the U.K., recently landed stateside, and started organizing in New Mexico. It is an international climate protest organization that is very grassroots and focused on civil disobedience. It’s outside of the political sphere – it’s goal is to wake people up and get across the point of the seriousness of the climate emergency we are in. I think that people are starting to wake up because so many crises are already happening – it’s starting to get through to people a little bit.

But the reality is that most people in the Western world are very complacent. So far the impacts of climate change have been subtle in most areas of the Northern Hemisphere. We lead very comfortable lives. The average American burns 15 tons of C02 every year. The average citizen of India burns just 1.5 tons. Our lifestyle is just unsustainable. Extinction Rebellion’s focus is to try to get people out of that state of complacency, and recognize that this is an emergency. One of Extinction Rebellion’s slogans is that we are “Rebels for Love.” I really relate to that.

I like that this organization is very focused on the idea that we can feel a lot of fear and anger, and we can get lost in those things and feel helpless. But to me it’s more motivating to just focus on love. To think about the beauty of creation and how wonderful it is, how amazing it is in all of its diversity and intricacy, and just to fight because of love.

The third thing I’ve tried to do is just speak out in my own community. At Miri Piri Academy, I helped to organize an action for some of the older students on the international strike that Greta Thunberg was leading in late 2019. I put together lesson plans and a presentation on this for the students. I also spoke to the International Khalsa Council about climate advocacy.

Personally in my own life I put on solar panels several years back, and replaced my car with a Hybrid car. And I find myself more inclined to just be home, be in tune with nature and the garden . . . Be more in the moment.

What are the challenges that people might encounter when doing these actions to help the planet?

I think there’s two main challenges – the first is your own feelings of fear and anxiety, or helplessness – the feeling that there’s nothing you can do. You might feel like your vote doesn’t count, but if a billion people who felt like that changed their mind that would make a difference.

Look at the actions of those who have kept fighting and speaking, and taken very simple actions that were a small sacrifice. For instance, look at Greta Thunberg and all the school strikers. They’re not doing something very dramatic, just skipping school, sitting outside Parliament and saying “wake up.” That simple action started a huge movement.

It’s very necessary to fight that fear that there’s nothing you can do. Instead say “what can I do with my skills?” People who sit at home on Facebook and like posts, and post on Twitter . . . basically they make a lot of commentary but don’t actually get out of their comfort zone to do something meaningful. Social media, like video games, can trick your brain into thinking that you’ve done something when actually you haven’t done anything. There is a role for sharing information, but getting out of your comfort zone is critical.

I also think people, especially in the Western world, feel guilty because we do lead these comfortable lives and we feel like we don’t want to give things up, and then we feel bad and so we don’t speak up – we don’t drive a Hybrid, we drive a lot, our job requires us to fly a lot, whatever. We still have to do our jobs, and eat and stay warm and all of those things.

I recognize we all live in this toxic system – we were born into this system, and we depend on it to survive, even though it’s toxic and designed to exploit the earth. At this moment there’s no alternative. It’s not about being personally guilty or feeling shame. It’s about recognizing the system is not conducive to a sustainable earth. We need to seek to change the system while living in it.

How can we overcome these challenges and take action to save the planet?

The answer to feeling anxious and afraid is to take action – it’s the antidote. Recognize this fact. You will feel so much more positive, and maybe enjoy the last decades of life on earth more if you are in a community of people working toward something positive. Taking action takes you out of the anxiety and the fear. I also think that connecting to that place of love is important.

Most people don’t pay attention to the real details – it’s scary to read the news and science about climate change, and to understand the extent of the catastrophe that’s coming and already happening. It’s very painful to look at it straight in the face, and most people don’t. It takes a lot of courage to do that. But if you look away you’re not motivated to act.

You can live in your complacent little world, and say ‘There’s something big and scary out there but I’m not going to look at it.’  It’s too scary and hard. It’s easier to say, ‘I’m just going to do my sadhana every day, go to my job, watch the TV show I like at night.’

It takes tremendous courage to engage with this. I believe we need the spiritual viewpoint just to survive the pain of looking at it squarely in the face. It’s like a metaphor for death on such a wide scale. We all like to think that we’re not afraid of death, but when it comes, when you get cancer or can see it coming, you suddenly realize that everything you have will come to an end and something unknown is coming. You can either be paralyzed by the fear or fight it. Even death is an unknown – it’s not bad or good. But it is the end of that existence. That is what we’re facing. 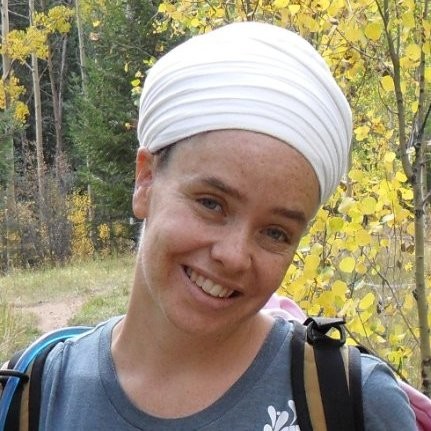 Saraswati is the Assistant Principal and Director of Admissions, Marketing and Fundraising at Miri Piri Academy. She received a Bachelor’s Degree in Social Work from Northern Arizona University, and a Master’s of Social Work (MSW) from Portland State University.

How to Reduce Your Carbon Footprint (from the New York Times)

Do you have a “Mother Earth Warrior” in your community? We want to share their story.

Please write to us at info@sikhdharma.org, if you have someone in mind who has an inspiring story to tell.