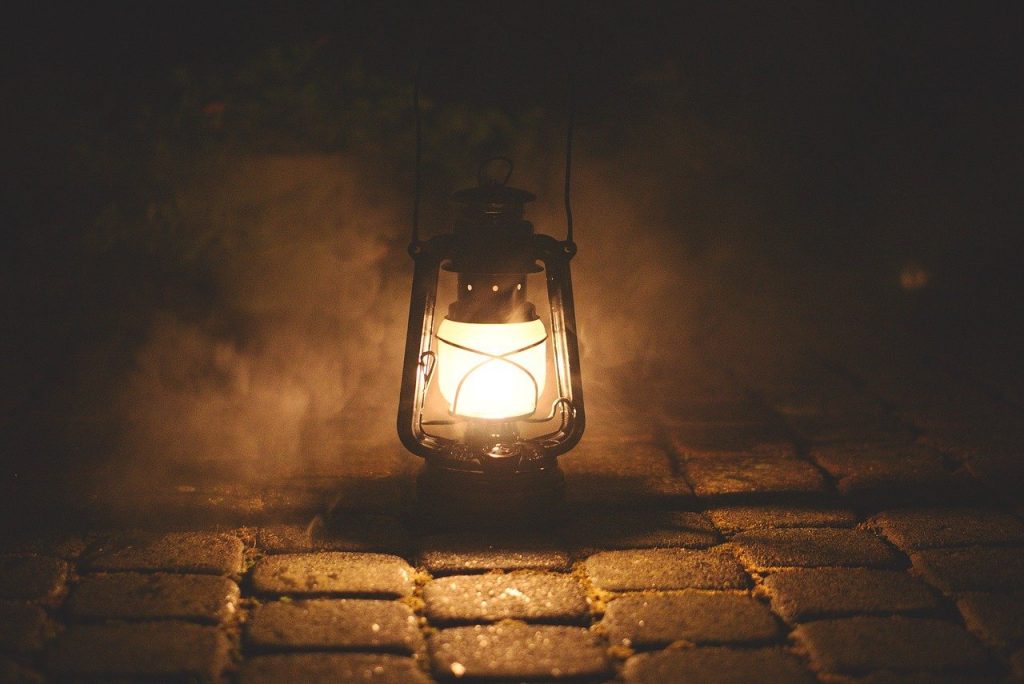 Image by Lukas Baumert from Pixabay.

Note: the month of Katak typically takes place mid-October through mid-November on the Gregorian Calendar. 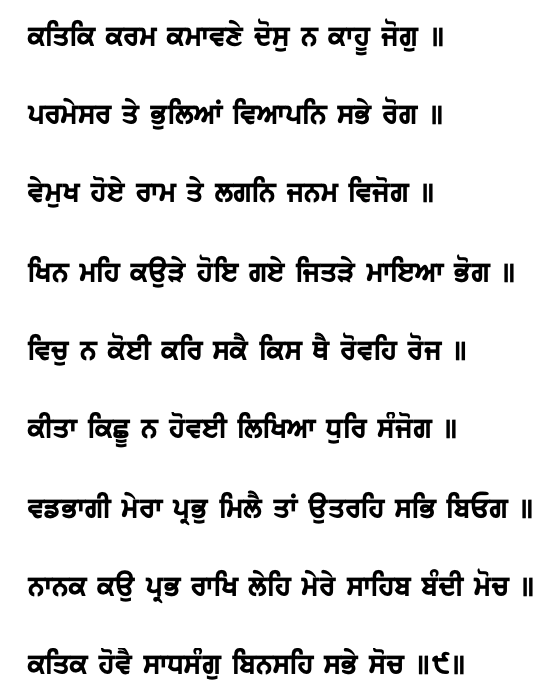 In the month of Katak, do good deeds. Do not try to blame anyone else.

Forgetting the Transcendent Lord, all sorts of illnesses are contracted.

Those who turn their backs on the Lord shall be separated from Him and consigned to reincarnation, over and over again.

In an instant, all of Maya’s sensual pleasures turn bitter.

No one can then serve as your intermediary. Unto whom can we turn and cry?

By one’s own actions, nothing can be done; destiny was pre-determined from the very beginning.

By great good fortune, I meet my God, and then all pain of separation departs. 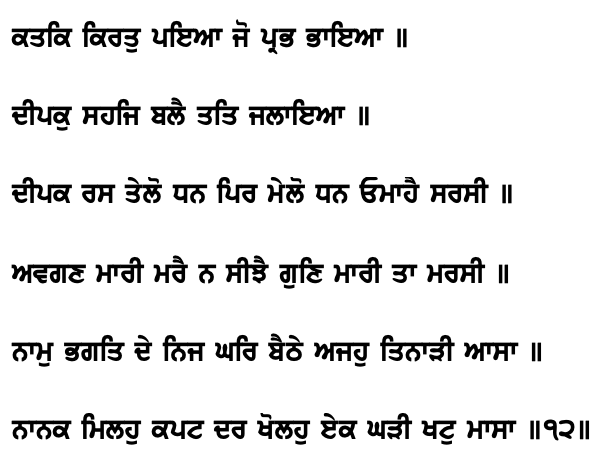 In Katak, that alone comes to pass, which is pleasing to the Will of God.

The lamp of intuition burns, lit by the essence of reality.

Love is the oil in the lamp, which unites the soul-bride with her Lord. The bride is delighted, in ecstasy.

Those who are blessed with devotional worship of the Naam, the Name of the Lord, sit in the home of their own inner being. They place their hopes in You.

Nanak: please open the shutters of Your Door, O Lord, and meet me. A single moment is like six months to me. || 12 ||