Excerpt from July 2, 1984 lecture. The Excellence of a Woman. Women in Training IX.

The problem with this world is that man has not developed his intuitive power to look beyond today. Tomorrow comes as an unknown. Fear of the unknown takes away the joy of life today. You should know tomorrow is going to be better, greater, and fine.

I saw a person. When I met him, I said, “Well, what about tomorrow?”

He said, “Yogi Baba, tomorrow I don’t think I can meet with you. We cannot meet tomorrow, the day after, or for three or four days. Afterwards, I’ll come to you.”

I said, “Is there something special you have to do?”

He said, “Sure, I will definitely be at home.”

I didn’t ask him to go into detail. The next day, I didn’t go. The day after, I said, “Well, let us check it out.” He had a one hundred four temperature, some people massaging his feet, and other people massaging this and that.

He said, “I told you, I’ll definitely be at home.”

I said, “When are you going to be all right?”

He said, “Three or four days.”

I said, “What about the doctor?”

“He came twice. He came in the morning. He came in the afternoon. He’ll come again in the evening. You know, the doctor has to come because he has to live. He has to charge his fee. He has to give me medicine because the dispensary has to continue. And you have to come to console me. In another four days I’ll get up. Before that, no question.”

I said, “Are you taking medicine or are you throwing it behind the …”

He said, “I’m taking medicine. But I’m all right.” So we sat for a few minutes, chatted, and I left. On the way out, the evening doctor was coming in. I asked him, “How is your patient?”

He said, “Terrible. It’s some kind of thing. He’s going through convulsions. He’s in a lot of pain. We have given him medicine. Nothing is working.”

I said, “Try your best.” Five days later he came out perfectly well. I looked at him and said, “Hey, you seem to be healthier than before.”

I said, “No, I have asked. Why don’t you tell me? What is this? What are you playing this drama for?”

He said, “Well, he was supposed to get this. I got it, so it’s a matter of exchange.” Fully mentally prepared exchange. The mental projective psyche can be that conscious, that balanced, and that powerful.

If you decide to be noble, then just understand: you have to have such an inverted balance that you can’t hurt anybody, directly or indirectly. Make a balanced mind with this attitude that you have no intention of hurting anyone – enemies and friends both. These days there is a huge cry, “Vengeance, vengeance … Let us get even. Let us do this. Let us do that.” You think Almighty God has gone on holiday? God is everywhere. God is in the enemy as well as in the friend. Don’t forget it. God is in you, in your enemies, in your friends, in your protectors and in your destroyers. What will happen will happen by God Itself. But you can change the destiny by your purity.

There are two things in life over which God has no power: purity and prayer. There’s a huge computer called the Cosmos, called God – the Infinite of the Infinite, the Powerful of the Powerful, the Extreme of the Extreme, the Unlimited of the Unlimited. Nobody can talk about it. Nobody can know about it. All can try. How can the part know all about the whole? The extensive power of prayer can bring that Infinite to absolute finite before you. The power of purity is that you can see the entire creativity clearly. The power of prayer is that the entire creativity can obey you – provided you mean no harm directly or indirectly to anything.

One quality of God is essential for us. Have no animosity. You are praying these days. It shall work. You have sung a song about the Harimandir. (The Golden Temple in Amritsar, India.) It brought tears to my eyes. Make the songs. Make the music. Reach every heart. Open up every heart. Bring the message of tranquility, grace, nobility and peace to the consciousness of people.

Time shall record it, and it shall always be recorded well. The common intelligence of God shall purify humanity, and the purity of man shall be known as Khalsa. Not the sect, not the people, not the group. Guru Gobind Singh created a model of five Khalsas with his own hand. That is the beginning. Time shall serve to purify humanity, so that it can turn into the purity of the Khalsa. That is called the integrity of the human race.

America is a nation of nations. It has learned to live well within its boundaries. With all the corruption one can play, it still has the dignity to acknowledge human rights. With all the mess, it still does not miss the opportunity to look towards the sky and thank it for giving it a peaceful home. With all the tragedy in life, we are still expanding ourselves to tranquility. 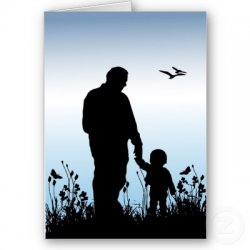 If there is a three-year-old child, and he wants to run, run with him, even if you are a fifty-year-old. But just understand, a fifty-year-old and a three-year-old are two different people when they run. Find out the age difference and find out the balance. When you are running around with a three-year-old child, don’t make it very serious. Just run around, you’ll be okay. If you’re ninety-years-old, and you want to run around with a mature athlete, do you want to crack your bones? Fine with me. I once saw a grandpa who wanted to run with his grandson. He said, “I’m going to defeat you!”

Grandpa said, “Come on, get set, ready, go!” The child dashed and ran. The grandpa just stood there running in place. The grandson came back and said, “Grandpa, you never ran.”

The boy said, “Where? You are here!” The grandpa said, “I ran with my sight. I was ahead of you.”

The boy said, “What about with the body?”

He said, “Son, this body is just a wreck. The eyesight is all right! So I run with my eyesight!” There was joy. There was love. There was balance. Don’t invite inbalance in your life.