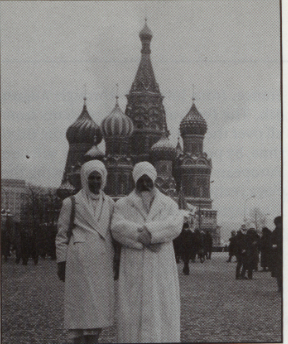 The Siri Singh Sahib made his first journey to Russia in January of 1990 to attend an international peace conference. He was accompanied by the Secretary General of Sikh Dharma (at the time), MSS Sardarni Guru Amrit Kaur Khalsa, and his Chief of Staff, MSS Nirinjan Kaur Khalsa. On subsequent visits he met with people in all walks of life. (1) 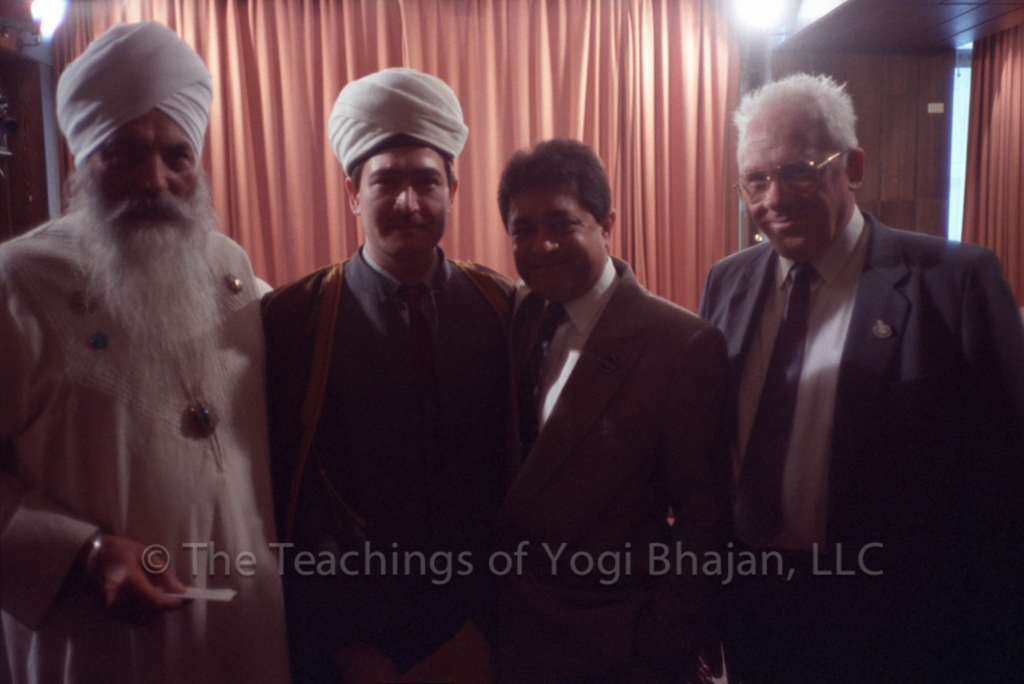 The Global Forum of Spiritual and Parliamentary Leaders was created in 1985 by the Temple of Understanding, an international Interfaith organization headquartered in New York, and the Global Committee of Parliamentarians on Population and Development, a non-profit, action- oriented organization that acts as liaison among 47 national legislative groups and their five regional organizations concerned with integral human development.

The goal of both the Global Forum and the Global Committee is to give people the leadership they need to tackle critical survival issues. Lasting, peaceful solutions require both the immediate, practical actions of the politician as well as the longer, ethical and moral viewpoint of the spiritual leader. Read the complete PDF from Carnegie Mellon University 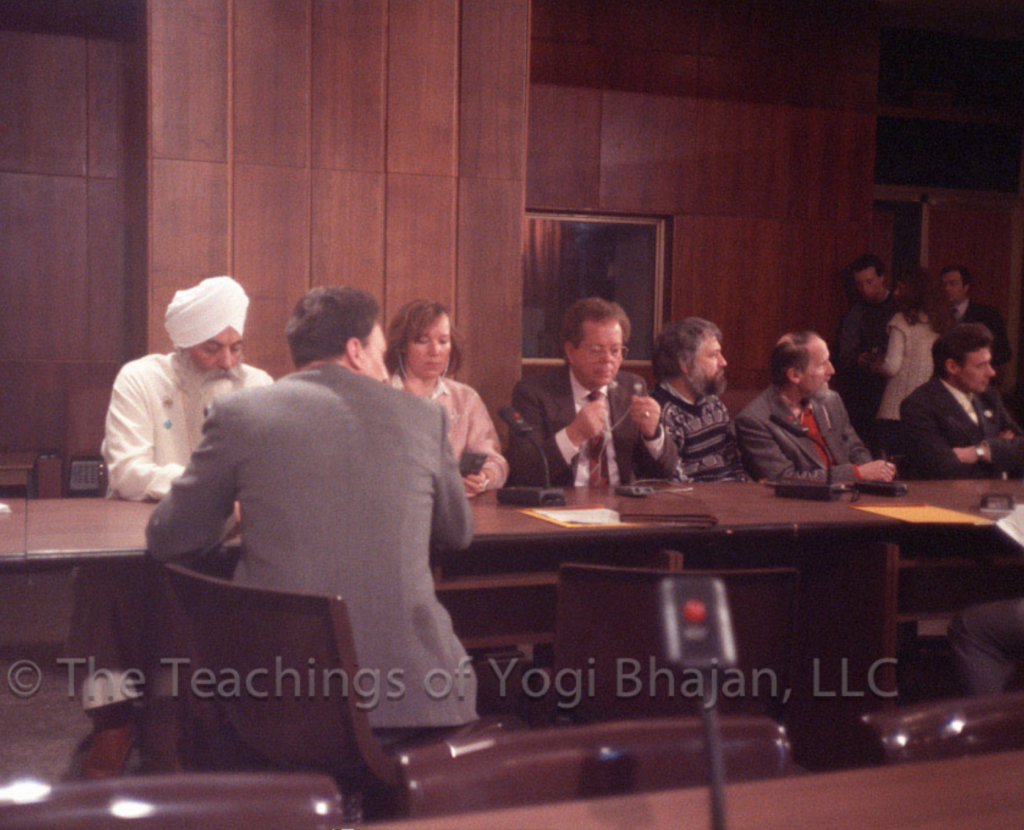 “We were about eight hundred people. Three hundred religious people, three hundred people of the government, senators, congressmen, legislators, political people, there were two hundred scientists all over the world. We gathered in Moscow, we talked five days. Three days scientists kept telling us that if we do not act right now, we will never be in a position to recuperate the Earth. We have reached a point beyond danger. We all understood it.  We came back home.  Everywhere in America and all over the world, there was an Earth Day.  One Sunday it was celebrated, newspaper carried the stories and all that. Next day the same habits, same waste of energy, same waste of water, same pollution. Do you understand United States in two hundred years has become a garbage pit, with only two hundred fifty million people? It is three hundred miles this way and three hundred miles that way. It’s a lot of land, lot of resources and lot of things there. All gone. It is surprising how much pollution has taken place.” 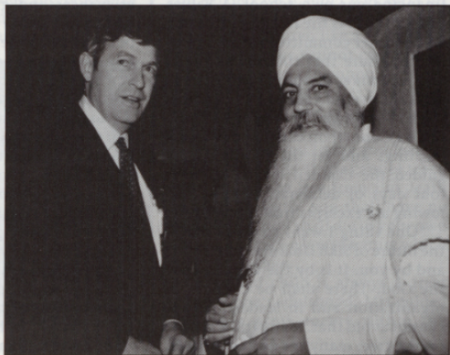 Tim Wirth, U.S. Senator from Colorado and the Siri Singh Sahib reminisce about the breakfast they shared together during the cold Moscow winter mornings, while attending the Global Forum on Environment and Development.

Here is a quote by Federico Mayor, Director-General UNESCO on the most important topic of this historical Forum: Environmental Care and our co-created future as Humanity.

“Since the forum has already outlined some of the key issues that confront us as we move towards the twenty-first century, it would be a real oversight for me not to add that the industrialized societies, of the East and the West, have largely anchored themselves in short-term economic and material considerations. Moreover, their enormous productivity is an achievement which has not been shared in a balanced fashion. The needs of war have prevailed over the priorities of peace and over the imperative of ending poverty in the world. We can all agree that we have endangered our harmony with the environment. But short-term thinking also puts us in contradiction with our most deeply held ethical and spiritual commitments. The new global crisis will deepen if we fail to change – and change quickly – our vision and priorities. The Berlin Wall has come down. Yet stronger and wider walls, deep within ourselves, continue to divide us from others. Before us now is the seemingly fantastic, but truly possible, task of demolishing the walls in our minds. Together we can change our attitudes and habits. Together we can prevent the construction and fortification of a new wall between the world’s North and South.

When the day comes when we can learn from them and they can learn from us in a continuous sharing, we will have overcome the age-old mistrust of the culture of war and set out on the adventure of a peace culture. This will involve making connections for ourselves that bridge humans and nature, town and countryside, time and space, in a new civic culture for the planet. Our mind ’ s eye will see in those children, young people and adults, the connections between the environmental crisis and the debt crisis, between the billions of dollars a year in net capital outflow from the South to the North and the laboratories and classrooms that never will be built. We need immediate measures before irreversible social and environmental damage is done. It is the responsibility of the policy-makers to take rapid action. But they must be given sound advice by the scientists and the thinkers and the religious leaders. We cannot be silent, we must speak out.”

(1) Click here to seethe article as originally appeared on Beads of Truth, Summer 1991.