EYE FOCUS: The eyes are closed. Concentrate behind the eyes—not at the Third Eye Point.

MUDRA: The left hand is by the shoulder (as if taking an oath), palm forward, with the thumb holding down the nail of the Sun Finger (ring finger). Keep the other fingers straight. Extend the right arm straight ahead and parallel to the ground, then raise the arm 15 degrees above parallel and move it to the right 60 degrees from the Heart Center (directly in front of you is 0 degrees; and directly to the right is 90 degrees). The palm is tilted up and the fingers are straight and together. Hold the mudra in silence. 3 minutes.

Continue in the same posture listening to the music below. 14 minutes.

The Creator and the Creation are One. I know this by the Grace of the Guru.
Oh my mother, I am in Infinite bliss for I have obtained the True Guru (the Word, the Shabad Guru). I have met that True Guru easily, naturally Divine music bursts in my heart.
The rhythmic beats are like cosmic jewels and bring all powers through Divine Songs.
When God resides in you, the mind is filled by and echoes with divine praise.
Naanak proclaims I dwell in supreme bliss for I have merged with the True Guru.

TO END: Inhale deeply, suspend the breath and concentrate on the back of the eyes.
15 -30 seconds. Exhale. Repeat 3 times. Very slowly relax your hands down, palms facing up and begin Long Deep Breathing. 2 ½ Minutes. Extend both hands up, arms straight up, and stretch. Shake the hands, move the spine. 30 seconds.

COMMENTS: Let heaven drop virtues into the palm of your hand. From the closed eyes, concentrate behind your eyes—not at the third eye point—and feel the virtues dropping into your hands. The moment your virtues start coming, your hands will feel the gravity of lead, then the weight of silver, then gold, and finally platinum.

MUDRA: Mercury (pinkie) finger and thumb together; thumb covers the nail of the Mercury finger in each hand. The arms are in the same position as Part One. 11 minutes.

MUSIC: Chant with the musical version of Ardas Bhaee.

TRANSLATION:
The prayer has been given to Guru Amar Das.
The prayer is manifested by Guru Ram Das.
The miracle is complete.

COMMENTS: When you lock the pinkie, you lock the earth. With both hands locked in this way, your meditation becomes an irrevocable prayer. 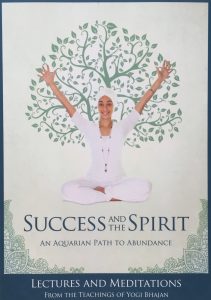