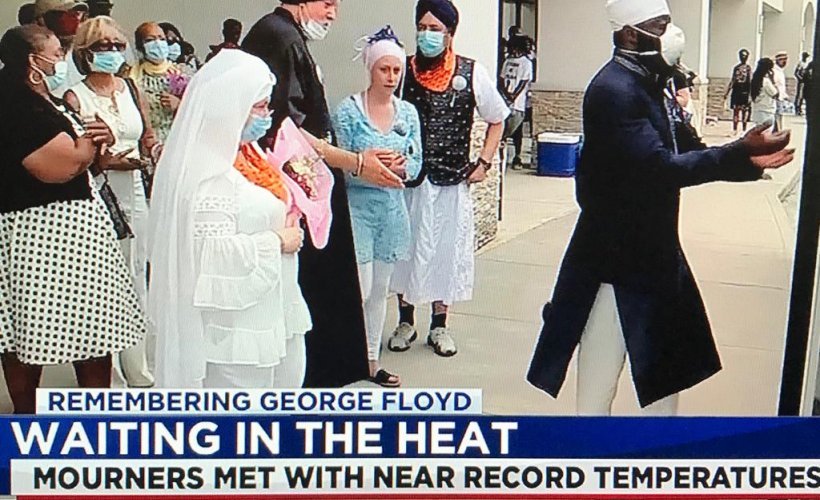 This article was published on SikhNet. It was written by Steven Devadanam of Culture Map Houston. With reporting by Jacob Power.

When much of the world last saw George Floyd, he was on video, face-down on the ground, handcuffed and begging for life and breath, calling for his mother as a Minneapolis police officer pressed a knee down on his neck. Floyd’s words, “I can’t breathe” are burned into America’s collective consciousness.

But in Houston, on a hot afternoon on Monday, June 8, locals saw a completely different perspective of Floyd — they saw the man his family calls “a gentle giant.”

Johnson joined thousands of Houstonians at The Fountain of Praise Church for the public viewing of George Floyd before a private funeral service on Tuesday, June 9.

Visitors stood in line for hours and braved COVID-19 and soaring temperatures to pay homage to Floyd. They parked and walked a sizable distance, stood in line, and waited — all while wearing a mask in a heat index over 103 degrees. Some struggled — pushing walkers in the heat or gingerly limping in the overpowering sun. A few succumbed and were taken away by ambulance.

When it was each mourner’s turn, they passed through a metal detector screening and a chance to see Floyd, in a brown suit and bowtie, in his rose-gold casket. The gatherers were young and old, mothers, fathers, sons, and daughters. They represented every age, walk of life, ethnicity, and social background.

A man played taps on a trumpet, in honor of the fallen Floyd.

Inside, there was a sense of awe and reflection as they approached the casket. Some waved, some nodded. Others lifted their hands in prayer. As piano music piped through the speakers, thousands quietly and respectfully filed in — 6 feet apart — to pay their respects.

Many were dressed casually, prepped for the midday scorching heat. One man, wearing a black suit, knelt before Floyd’s casket. A young woman, overcome with emotion, wept and patted her chest. Another man, whose shirt read “Black Lives Matter” simply stood and shook his head. Another stood quietly, his fist resiliently raised in the air.

“Surreal,” says Byron Evans, 45, who relocated from Detroit to Houston. “Just so surreal to see brother George lying there peacefully.”

Ek Ong Kaar Kaur came from Dallas. “I’m here to be in support of voices of people who aren’t heard as much as they need to be.” She cited her Sikh tradition of equality for all, and was here to say a prayer. “I’m watching people who’ve never talked about their racism, talk about it. That’s been the tragic gift of this whole experience.”

Janet Smith, from Houston, wore an “I Can’t Breathe” mask and brought flowers. “I’m here to speak for him and give thanks and praise to the life he lived, and support his family,” she said. “We need to unify and stop racism. I hope this starts a dialogue.”

Feisty and purposeful, nine-year-old Sydney Wiley also wanted a dialogue: “We need to stop racism, and we need to change.”

Members of the family addressed the media, thanking God and all who attended. A simple message on the back of the program relayed their sentiments to all and their vision of Floyd:

“We would like to take this opportunity to express our sincere gratitude for the outpouring of love from each of you. With the sudden and untimely loss of our beloved, the acts of gratitude you have shown has made this time of grief a little more bearable. Because of you, we have gained comfort and strength.

We would like for each of you to know that George is now one of God’s beautiful angels and will FOREVER breathe in our hearts.

May God bless each of you is our prayer.” 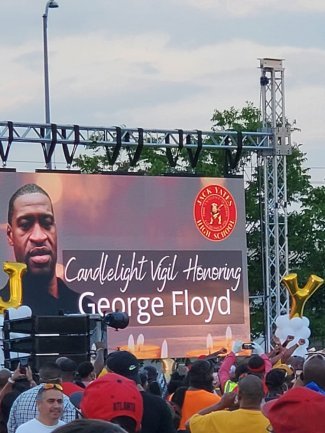 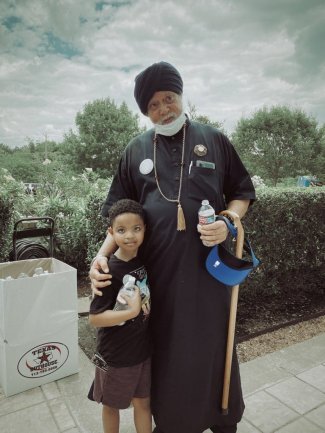 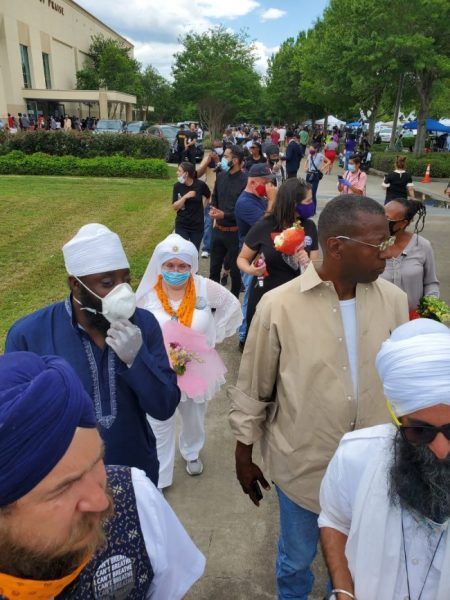 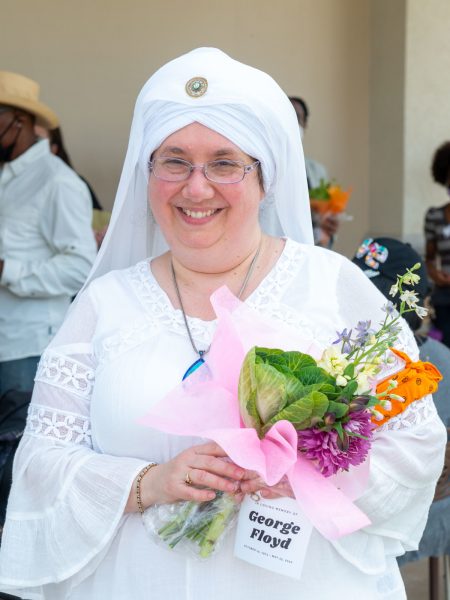 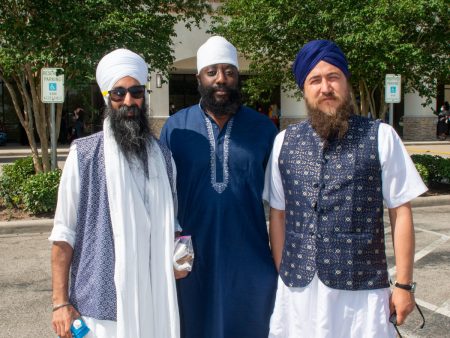