Sing the words of the Shabad Guru with Sada Sat Simran Singh, and through stories and discussion, learn how practicing humility and sacrifice serves you the path of Dharma to meet your highest destiny.

S.S. Sada Sat Simran Singh Khalsa was born into a Sikh family in Great Falls Virginia. He has been a member of 3HO since birth and grew up in the community in Northern Virginia. He went to Miri Piri Academy in India at the age of 9 and attended until graduation in 1999. He has undertaken extensive study of Sikhism, Punjabi, Gurmukhi, Gurbani Kirtan and Sikh lifestyle in Amritsar. He would do Seva in the Amrit Vela at the Siri Harimandir Sahib, the Golden Temple by washing the par karma with the Sangat, making chapatis, and cleaning the inside of the Golden Temple and the Akal Takhat. As a member of the Chardi Kala Jatha, Sada Sat Simran has had the honor of traveling all over the world to perform music, to teach the ancient musical meditative practice of Gurbani Kirtan and Naad Yoga as well as Kundalini Yoga and Martial Arts. The Chardi Kala Jatha have been blessed to perform kirtan inside the Siri Hari Mandir Sahib, the Golden Temple, in Amritsar many times in the last 16 years. 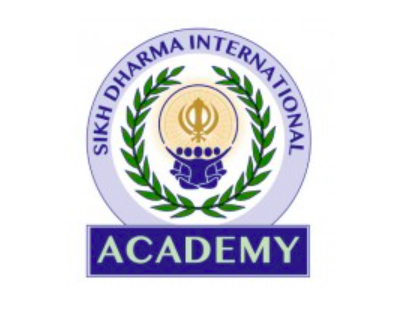 SDI hosts the SDI Academy tent at the Summer Solstice Sadhana Celebration at Ram Das Puri, outside of Espanola, NM, USA and at the Winter Solstice Sadhana Celebration at the Circle F Dude Ranch in Lake Wales, FL, USA.   There are as many as 20+ classes on various aspects of Sikh Dharma which involve numerous well-known teachers.  In addition to classes, every evening the SDI tent hosts a Gurbani Kirtan Program and ends each day with the recitation of Kirtan Sohila.