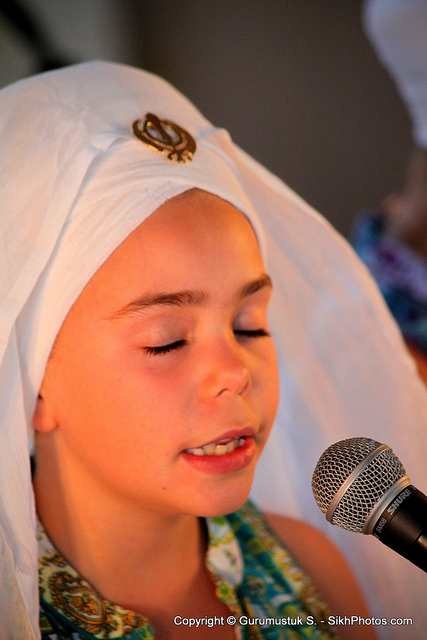 Many wisdom traditions practice covering one’s head as a sign of humility, recognizing God as supreme authority over humanity.

In Judaism, the kippah, the small cap worn by males, means “dome.” For European Jews, the yarmulke means “fear God” or “fear the king.” Hindus, Jews, Muslims, and many Christians cover their heads when visiting houses of worship to show respect and submission to God. Sikh men and some women wear turbans to cover their uncut hair to promote equality, and as a symbol of their Sikh identity, wear it from before dawn to bedtime, a significant part of their daily uniform.

The term turban means “long strip of cloth.” Ancient civilizations — India, Mesopotamia, Sumaria, Arabia, and Babylonia — used turbans as a means of protecting the head from the intense heat common in these regions.

Muhammad is believed to have worn a white turban. Rumi, the famous Sufi poet and mystic, also wore a large turban. Sultans and emperors too wore magnificent turbans which eventually became a sign of high class worn by those in power.

Sikhs, social justice activists and soldiers, wore turbans in Northern India and fought for equality, beginning with their founder, Guru Nanak, in the 15th century. The 10th and latest Guru, Gobind Singh, established the Khalsa, an order of soldier saints who respected all gifts from God, which included facial and bodily hair so one should not cut it. The Sikhs, (sikh=disciple) use their distinctive dress and turbans to identify themselves for anyone needing protection.

Yogi Bhajan migrated to the West in 1968 from Northern India, teaching yoga and training teachers about the amazing technology of uncut hair and the turban for mastering our energies. Wearing a head covering activates the ajna chakra, known as the third eye. His teachings about the turban provided an understanding of the physical and spiritual benefits while practicing yoga or doing work which required clear thinking, stating it literally “keeps your head together.” Wrapping the head forms a circuit through both hemispheres of the brain adjusting the neurological system.

The turban contains life energy arising in the body when practicing yoga or meditating, giving the wearer a cranial fine tuning. Our skulls, built with 26 interlocking bones, need to be secured and protected. Our hair regulates the flow of solar energy into the body, so when allowing the hair to grow its optimum length, energy goes downward from our crown to bathe our systems and increase our energy levels.

Four years ago, the Sikhs and Kundalini Yoga captivated my interest. As a world religion teacher, I wanted to increase my understanding of the fifth largest religion in the world, so I attended Introduction to Kundalini Yoga at Yoga West in Eugene, which evoked a calling to become a teacher of yoga. Soon after, I began wrapping my head.

At first, it felt odd since so few in our culture cover our hair. However, soon I experienced the spiritual and physical benefits described above, experiencing a strong sense of well-being, centeredness, and balanced. I often wonder if others knew the physical/spiritual benefits of wrapping their heads, if they would do it too.

My amazing discovery was this: the head-wrap not only has immediate physical effects but increases Divine presence and intuition. After all, yoga means “to yoke,” “to bind” and the ultimate goal is to yoke us to God, Consciousness, the Divine so we experience our own inner Divinity. Can it really be that simple? Try it and see. 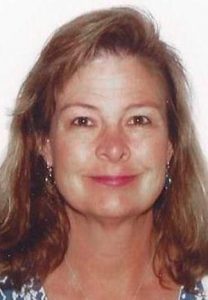 Karyn Chambers earned her master’s degree in composition and rhetoric, philosophy, and literature from Oregon State University and a master’s of divinity from Marylhurst University in Portland. She teaches world religions and philosophy at Chemeketa Community College in Salem. She has traveled to India and studied at Oneness University. In addition, she’s a Kundalini Yoga teacher and offers meditation in her Albany home.