The Yogi Bhajan Library of Teachings® is an incredible treasure of information.  KRI recently shared some previously unpublished teachings on the topic of Circumvent Force.

In the early 1970s, Yogi Bhajan spoke about Circumvent Force as another term for the eighth chakra, the aura. In particular, when speaking about Circumvent Force he focused on the qualities of the aura that serve to protect us from negativity and act as the “bridge” between our own finite energetic system and the humongous Universal Energy.

“These early teachings on Circumvent Force are amazing! I didn’t hear Yogiji’s lectures until about 1974, so I missed all of this. It is very clear and direct information about the aura, the eighth chakra. Kundalini Yoga as taught by Yogi Bhajan® is the only tradition that recognizes the aura as the eighth chakra, and this information is precious. It informs my Kundalini Yoga practice as well as my study of Sat Nam Rasayan.”   -Shanti Kaur Khalsa

What is The Circumvent Force? 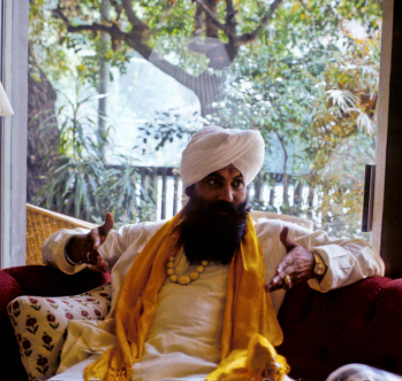 “There is a one center of consciousness … beyond the thousand-petal lotus. There is one center and that is totally in totality. We call it Circumvent Force. When the consciousness lives in that, then they become a human being, totally serviceful, and absolutely one-pointed. Their direction is like the compass that always looks to the north, they look unto God, unto God, [to the] friend unto God, and to the enemy unto God. They are beyond voice. The sectors do not bisect them. Hurdles do not create any division for them. We are talking about that person. These are the eight rhythms and the eighth region of consciousness that is Jiwan Mukt. While alive, one has experienced Nirvana.” –Yogi Bhajan, 4/13/73

When many of these teachings were given in the early 70s, there was no filming of Yogi Bhajan’s lectures, only audio recordings.

Listen to Yogi Bhajan speak these words from this lecture (above) in 1973.

“Circumvent Force is sort-of an aura, a circle around the body, which is a most powerful force that protects you from all negative forces. If the life force has [these] vibrations in the body, then the mental mind has a one pointedness of the mind and thus the Circumvent Force [of] the person is better than a Divine itself because the image reflects through that being. Those people who are humble, affectionate, serving, and breathe the Divine Force among themselves and make their mind to concentrate on one breath and pray to the Universal Spirit by tuning in, not only their own magnetic field, electric power, gets charged because of the life force and their Circumvent Force becomes so strong that it can keep away all the negative forces, but they can change the destiny of the others. This secret has been told through the ages. Many times, this truth has been taught to humanity and every time they have forgotten this truth. This truth humanity has to learn and after learning it, they have to practice it. Truth is the guiding factor of the human and the vibrations, which are based on the truthful person, not only can change what they want to change but anything. Where their vibratory effects are caused, everything becomes truth, pure, transparent” –Yogi Bhajan, 1/1/70

Yogi Bhajan used other terms to describe the Circumvent Force: 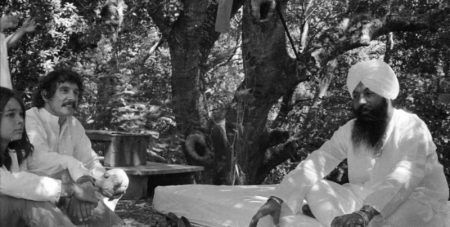 “…Those people who have a Circumvent Force that is very strong, do not have any [risk] of negative forces enter into their body-field, in other words, in their aura. They remain happy, healthy, and holy. …Such people not only build up their entire magnetic field, electric charge, life force, and Circumvent Force, but they become a unit who can liberate others not only with touch, not with thinking, not with mind projection, but where their steps shall be, there truth shall be. To which side their eyes will go and will fall on a person, that person will be liberated.” Yogi Bhajan, 1/1/70

Visit the Library of Teachings website for a full list of written, audio and video lectures by Siri Singh Sahib, Yogi Bhajan