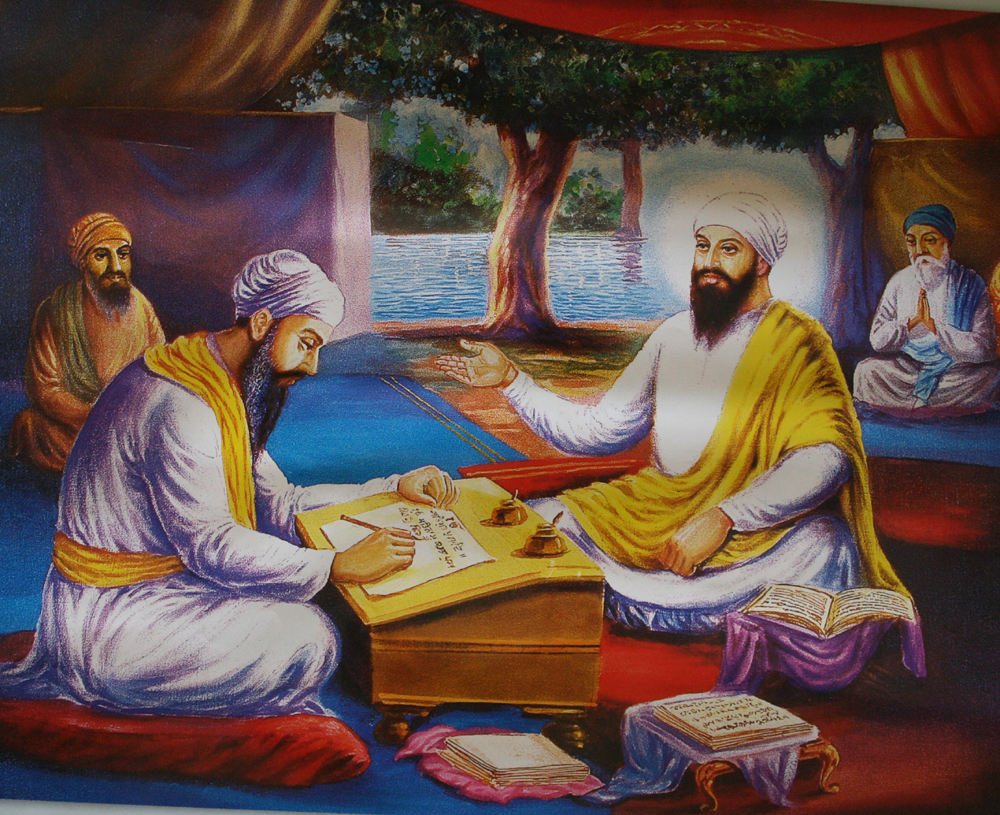 The Adi Granth is the early compilation of the Sikh Granth (divine living guidance), created by Guru Arjan Dev Ji, the fifth Sikh Guru, the precursor to the Siri Guru Granth Sahib Ji.  It contains Shabads which had been passed down from the first four Gurus, as well as Guru Arjan’s own words, recorded by Bhai Gurdas Ji.

Completion of the Adi Granth took place on August 30, 1604. Guru Arjan Dev Ji installed the Adi Granth for the first time at Sri Harmander Sahib in Amritsar, India the next day.

On the occasion of the Adi Granth’s installation at the Golden Temple, Guru Arjan Dev Ji told his Sikhs that the Adi Granth was the embodiment of the Guru, and should be treated in the same fashion as they respected him. When Guru Arjan first completed the Adi Granth, he placed it upon his own bed and slept on the floor.

The completion of the Adi Granth and First Parkash at Darbar Sahib is a significant landmark for the Sikhs.

The Siri Guru Granth Sahib Ji is about living a life of Truth amidst the challenges of daily life –  respect for others, humility, tranquility, peace, blessings, high moral standards, equality, co-existence, courage and more.

These are deeply spiritual qualities which anchor the human character with realization, constant connection to the Divine, and strength and guidance to take one’s self and humanity to a higher level of consciousness and living.

So, many Divine Blessings to Sikhs of the Guru everywhere on the occasion and remembrance of this special anniversary!