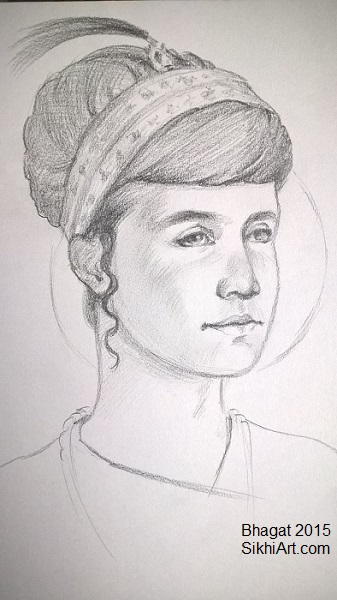 Though each of the Gurus was different in personality, appearance, and age, they all shared the necessary virtues of humility, obedience, and loyalty. Thus, despite his young age, Har Krishan was chosen to lead the Sikhs.

Ram Rai was furious that his little brother had become the Guru, which he felt was his rightful due. He set himself up in Delhi as the Guru, and appointed corrupt Masands who collected donations for him using threats and blackmail.

When Ram Rai learned that Guru Har Rai had told Har Krishan never to see the Emperor Aurangzeb, he saw an opportunity for revenge, and convinced the Emperor to invite the young new Guru to visit him in Delhi.

Fortunately, Raja Jai Singh, who was devoted to the Sikh Gurus, figured that if Guru Harkrishan would at least come to Delhi, that would satisfy the Emperor, and so he urged him to come, with the assurance that he didn’t have to actually meet Aurangzeb.

A smallpox epidemic swept through Delhi, and many people sought Guru Harkrishan’s help, as he was known to be a natural healer. Many people were healed in his presence.

He met a large number of devotees daily so it is not surprising that he contracted the deadly disease himself. With a raging fever, he asked to be moved from his residence in Delhi to a house on the banks of the river Jumana.

Knowing he was dying, he consoled his grief-stricken mother and devotees, reminding them that everything was God’s will. He asked them not to mourn.

Guru Harkrishan was barely eight years old when he left his body, having endeared himself to everyone with his gentle loving nature, combined with wisdom far beyond his years.

The divine light of Guru Nanak shone brightly, if briefly, through this child.