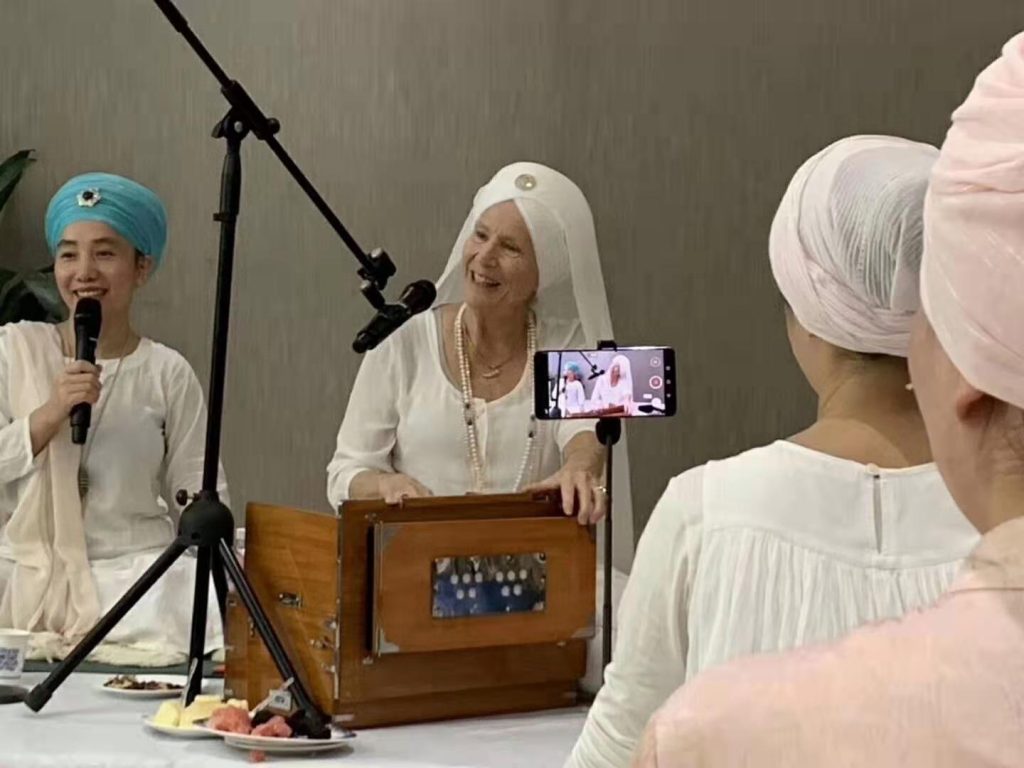 Are you are feeling the panic of the coronavirus?
Maybe you are overcome with despair, disappointment, of promises made?
Are you lost in an array of conflicting opinions, or replaying traumas from past or present lives?

Here is my special secret that helps me when I am lost or in pain –  singing! Yes, singing has worked for me time after time (this is probably not a surprise for you).

When I started Kundalini Yoga and lived in an ashram, we learned about kirtan (devotional singing) and shabads (hymns of the Sikh Gurus). In those quiet moments when I was alone, I would take my guitar and sing a simple chant. The one that resonated the most with me? The English words of the prayer called Kirtan Sohila.

The words describe an incredible imagery of the vastness of life and Creation. The effect of contemplating on these words in song is a sublime meditation for me. Like a meditative portrait of God and creation, it carries me to my Infinite soul. Even now when I sing these words, I feel a deep sense of spiritual love.

Would you like to give Kirtan Sohila a try?

Here is the composition of Kirtan Sohila, or the Song of Bliss.  Just start and see the effect.

Download a PDF of this version of Kirtan Sohila (English translation)

In 2018 my father passed away. I started the Sikh practice of singing Kirtan Sohila for 17 days in prayer for his soul journey.
I enjoyed the musical version as it was very comforting, and continued to play it throughout the night on a tape player.

My understanding was that Kirtan Sohila works on the subconscious mind. I was curious to see how that might manifest. Here is how I experienced it:

Before my Dad’s death, my dog was having digestive issues and would wake me up at night for me to take her outside.  I was very aggravated and angry to be awakened in the middle of the night.

Yet, after I started playing Kirtan Sohila, and my dog  would wake me in the middle of the night,  I noticed a very distinct difference in how I felt– I felt neutral and not angry. I had subtly found Kirtan Sohila affecting my subconscious, but tangibly saw how it affected me through my interaction with my dog!

I am grateful for this wonderful tool which was shared with us by the Guru.