A personal story from GuruKirin Kaur

Yatras have always been magical for me.  So many important events have happened on a yatra, which brought about deep shifts in my life and psyche.

This is because a Yatra is a journey to the higher consciousness.  When we go through our prayer on a spiritual pilgrimage, our consciousness sets itself to receive the benefits and attune with that sacred place that we long for.

Read the Greatest Meditation is Going to the Guru 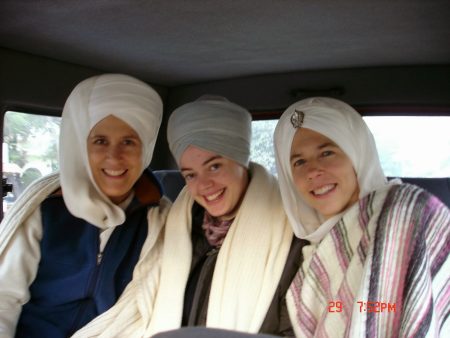 In the 1990s, I had the blessing of traveling with the Siri Singh Sahib in India.  The first time was in 1993 (while I was still in school in India; our class was the Siri Singh Sahib’s sevadars on that yatra).  The Siri Singh Sahib hadn’t been back to India for over nine years due to the events of 1984, so this was a big trip. We were received with adoration and love wherever we went.

The Siri Singh Sahib’s yatras were focused on service and connecting with the Guru, as he taught in his lectures so often to all of us.  He would have our group play kirtan at many Gurdwaras, visit as many sangats in India as possible and bring the the Guru‘s light where ever we went. He would bring his prayer of service to the Guru to highlight the blessings and opportunity to serve the Guru through every breathe and moment.  This was so inspiring for people to see and they loved him.  It was his prayer that we continue this work and I’m so grateful Shanti Kaur and Sada Sat Simran Singh have taken on the Siri Singh Sahib’s idea of a spirit-building and service Yatra.

They will lead a Chetna Yatra to honor and celebrate Guru Ram Das’ birthday in October.   The Siri Singh Sahib said: “Just go out and bless everyone in the name of Guru Ram Das.”  Guru Ram Das will take care of the rest.  When we serve in his name, we are honored and it uplifts humanity.

After the Siri Singh Sahib passed, another yatra went to India again to spread his ashes at a Gurdwara there. This was a magical trip as well – meditating and connecting with the sangat at this transitional time.  I had the privilege to connect with the Siri Sikdar Sahiba, Sardarni GuruAmrit Kaur during this trip.  She helped me to process some things and when I asked for insight, she said: “Why don’t you hear yourself and ask?”  I tried to do so, but found that all I heard was static. Hearing this, she thought I would benefit from having Akhand Paths sponsored for me to clear this disconnection with my inner voice.  I did this and sure enough, after 3 weeks of solid Akhand Paths, the static disappeared and a new world opened up to me inside my being. 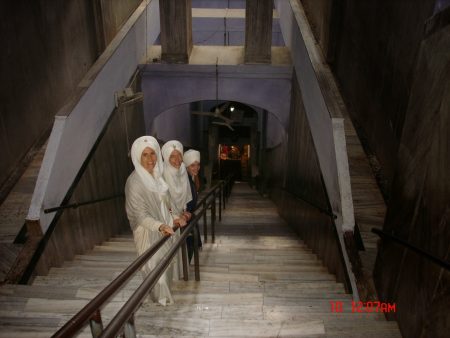 This was the start of several Yatras with Sardarni GuruAmrit Kaur and the blessing of learning inner skills and tools for connection with my intuition from her.  In 2007, I had the blessing of traveling with her to the Golden Temple to do a 40 day sadhana.  This opened up a range of gifts, with a multitude of blessings from the Guru, all assisting me to work with my soul lesson plan and find a deeper connection with my own soul.  This process has continued for me over the last 10 years in my work with her and now I’ve been so blessed to share what I’ve learned through the Shabad Guru Courses.

While on the Raj Khalsa Yatra in early 2017, which honored the 350th anniversary of Guru Gobind Singh‘s birth, Sardarni GuruAmrit Kaur visited Anandpur Sahib and the beautiful home the Siri Singh Sahib made for future generations, so they could visit the Home of the Khalsa and feel the radiance of Guru Gobind Singh there.   This city is a small village town that is outside of the bustle of Amritsar, in the mists of the hillside.  It is perfect for deep soul level work that supports our connection with the radiance of the Guru. Sardarni Guru Amrit Kaur later led a “Radiance of Shabad Guru” yatra in November, 2017. 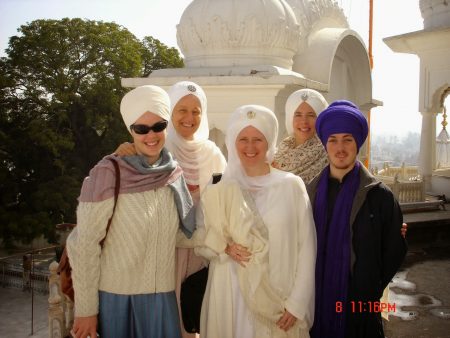 For me, Yatras have always been life-changing journeys that are an answer to the constant prayer I have, to go ever more deeply into my own being and soul and feel the power and presence of the Guru.

The Siri Singh Sahib said that when there is a yatra, your soul decides for you whether you will be there or not.  It is written.  So the important step is for us to tune into our soul, to hear the call of the Guru, and then connect through prayer to know if either of these yatras would serve what your soul is longing to experience.