The power of conscious speech is the power of invocation. We can literally create reality through the power of our words. Every word we speak is an act of creation. But we do not understand our own power.

Breath is God’s gift of life and when we use it to utter sounds, those sounds carry the creative power of the universe within them, setting up a chain reaction in the cosmos.

Everybody knows the saying, “Be careful what you pray for, you’re liable to get it!” – That’s good advice. It’s also a very good idea to be conscious of what we say all the time, because the words we choose to plant are actually vibratory seeds that, sooner or later, must sprout – for better or for worse.

Having a mantra going on in your head, or out loud, allowing your breath and all the rhythms of your life to “chant God’s Name” is extremely practical advice.

Sat Nam is a bij (seed) mantra. It is given right at the beginning of the Mool Mantra: Ek Ong Kar – Sat Nam. There is only One Power within the whole creation and it flows through everything, seen and unseen. This Power is who we actually are. It is our True Identity.

Wahe Guru  ਵਾਹਿਗੁਰੂ (Pronounced like “Wha-hay guroo”)  is a completely different kind of mantra. It is a mantra of realization and ecstasy. In ecstasy, the self is lost. The 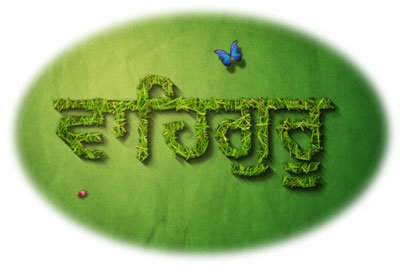 ego is lost. One is merged with the One in every ONE. One sees the expression of God’s hukam in every event, person and thing.

Being a Trikuti Mantra, it has three distinct sounds, and each sound must be pronounced.  Running it all together like vahgroo, vahguru, vahgru… takes away its power. Wah means Infinite, hay means Thou, and Guru means Higher Self (the Divine Teacher within you.) When Waheguru is chanted, it brings you very near God in each moment.

Speak the mantra slowly and pay attention to what your mouth is doing. Lips together (like a kiss) then opening wide on ‘Wha’…. exhale of breath from deep at the heart and navel point on ‘Hay’… and then the tongue flipping up to tap the hard palette at the roof of the mouth. It has a very specific sequence of stimulation to the meridian points. First the open-ended ‘Wha’ – leaving us in the ecstatic aaaaaaah! Then the release of the ego with the exhaled breath in ‘Hay’… and lastly the pineal gland is stimulated with tap of the tip of the tongue on the central meridian.

The pineal gland is located within the precise geometric center of the brain. It is larger in children, and as we age it reduces in size to that of a pea as it undergoes a gradual calcification process. The optimum size of the pineal gland, when fully engorged and activated, is that of a grape. 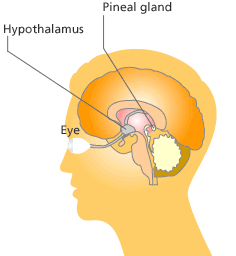 The pineal gland is linked directly to the sixth chakra point, located between the eyebrows, which is commonly known as the “third eye” or ajna. Research is now coming to light that the pineal gland contains within its structure a zirconium crystal, similar to that used in a crystal radio, that can literally function as a transmitter device. The pineal gland is “communications central” for subtle communication.

As the serpent-like kundalini energy moves up through the body and activates the chakra points, it reaches its zenith at the third eye and the pineal gland. It is during this process that the super consciousness or Divine consciousness becomes activated. As this process unfolds, it opens up the third eye, or the mind’s eye, or the sixth sense, as it is known, which essentially is the all knowing, all-seeing consciousness. We all have this stargate in our own brain which we can access primarily through meditation and stilling of the mind. That is the power of the Guru Mantra.

And what does it mean to have the Guru Mantra? It doesn’t matter what happens, or how negative things are, Khalsa always says: “Wahe Guru, Wahe Guru,  Wahe Guru.” It is irrelevant to what he is going through. It is no matter what – it is all Wahe Guru! One who 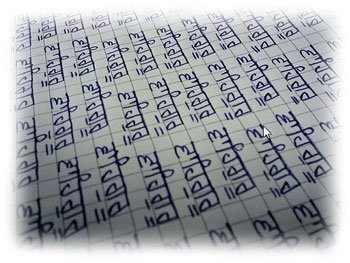 chants and recites and whose Gur Mantra is Wahe Guru, says ‘Waho Waho!’ for everything, good and bad both. That one is one who recognizes God in every circumstance. That’s  what “Wahe Guru”  means. It has the vibration which can control your five tattwas and correlate to the frequency of your life and relax it to the point that you can understand it at each moment. The Guru mantra is the resounding sound of  self-esteem.

Now the Guru has to give mantra in person. That’s why five punj piara (representing the five tattwas) give you Guru Mantra in the presence of the Siri Guru Granth. It’s a very scriptural thing.  No one can baptize you. Being baptized by a man is a personal guruship. We do not have Gurus in human bodies.

Then Guru Gobind Singh Ji gave us Bani and Amrit, we gave him Bani and Amrit.  This is one instant people don’t understand what they are talking about.  Apey Guru Chela, wow, wow, ‘Gobind Singh Apey Guru Chela,’  Guru and disciple became one.  So what does that mean? Finite and Infinity became one, karma and dharma became one, life and death became one.  And Guru gave us the Wahe Guru Guru Mantra.  This mantra is our personal mantra, which is given to Khalsa. That mantra was given. It is Simran for personal strength, purity, piety, excellence and grace.  This is the total tradition of the Sikh reality.  There is no place for hypocrisy here.

I am in ecstasy experiencing the Indescribable wisdom of the Universe. This is a mantra of the Infinity of ecstasy of dwelling in God. It expresses the indescribable experience of going from darkness to light (from ignorance to true understanding). It is the Infinite teacher of the soul. As a trikutee mantra, it balances the energies of the generating, organizing, and transforming principles. It expresses ecstasy through knowledge and experience. It is the Gurmantra and it triggers your destiny.

“It is said that chanting Wahe Guru once is equivalent to chanting “Har” 11,000 times.”

This article is courtesy of the Sikhnet archives