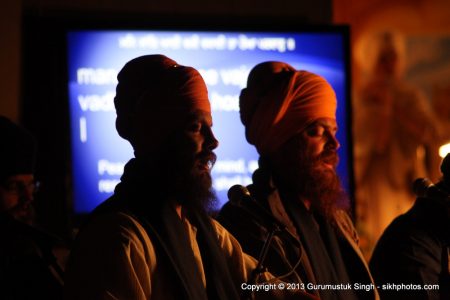 Siri Guru Granth Sahib is the Guru and it contains the Guru. What is the Guru? It is the formula for experiencing one’s own divinity.

Naad means “the essence of all sounds.” All languages contain sounds, which relate to one or more of the five elements of air, fire, water, earth, and ether. Gurbani is a perfect combination and permutation of sounds relating to all the five elements in complete balance. When Guru Arjan Dev, the fifth Guru Nanak, compiled Siri Guru Granth Sahib in 1604, he put in only those banis which were in Naad. These compositions are called Gurbani.

There are eighty-four meridian points on the upper palate of a human mouth. One can feel that upper palate with the tongue and experience its different surfaces. There are two rows of meridian points on the upper palate and on the gum behind the upper teeth. The tongue stimulates those meridian points, and they in turn stimulate the hypothalamus, which makes the pineal gland radiate. When the pineal gland radiates, it creates an impulsation in the pituitary gland. When the pituitary gland gives impulsation, the entire glandular system secretes, and a human being obtains bliss. This is the science.

The whole language of Gurbani has the power to make a person divine, just in its recitation, if done correctly. One need not be concerned with the meaning for a change in consciousness. Read Gurbani in the way Guru says it, and understand it, and you will be in such ecstasy you will not believe it! Concentration on the construction of the word and the sound is the proper way to recite Gurbani. As you are creating the sound, the meaning will automatically come to you, now or later. It is just a matter of time and space. You must listen to your own construction of the Gurbani. This is the technical way in Naad Yoga.

The Guru’s Word (Gurbani) is what the Guru spoke. It is the imprint of the essence of God. It is the pathway to God. If the ordinary human being speaks it, it will always elevate him to that state of consciousness of the Guru. The Guru’s consciousness is united with God, so the person will automatically get united with God, if he speaks the same words. It is a scientific and direct way to unite the finite with the Infinite Consciousness. The hypothalamus will get the same tingling. The impulsation of the pituitary will function the same way and get the other glands to secrete also in the same way as it was in the body of Guru Nanak.

In Siri Guru Granth Sahib each shabad has its own individual domain, power, riddhi (worldly riches), siddhi (spiritual power), and nau niddhi (nine treasures). All occult powers are there. The recitation of shabads gives you the power to redeem the environments. Shabad brings inner balance. The shabad has the power to control you and your mind, otherwise there is no way you or your mind can be controlled. When controlled, our minds can create great things, because the power of the mind is also very infinite. When disciplined, it can change the vibrations and the magnetic psyche of the Earth. Shabad is a part of the power of God, and when the shabad merges in you, you become God. 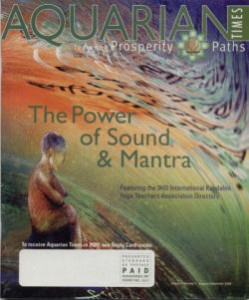